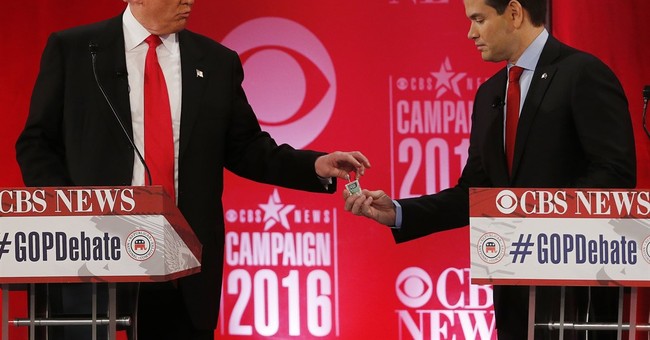 There are just five days left before Super Tuesday and the remaining GOP presidential candidates are ready to battle it out one last time before voters head to the polls in primaries across the country.

Tonight's debate is hosted by CNN, Salem Communications and Telemundo at the University of Houston. The candidates will square off at 8:30 p.m. ET.

Donald Trump is fresh off of three wins in a row from New Hampshire, South Carolina and Nevada as Marco Rubio sits at second place with Ted Cruz finishing third after winning Iowa in January.

Follow our team below for up to the minute reaction and join in on the conversation in the comment section below.