Obama to Meet With Cuban Dissidents, Raul Castro During Historic Trip To The Communist Country 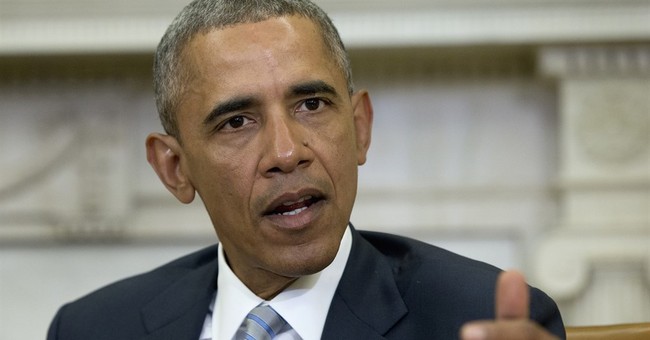 In December 2014, President Obama announced he was normalizing the relationship between the United States and Cuba. A little over a year later, he's planning to visit the communist country and will meet with President Raul Castro.

"In Cuba, the President will work to build on the progress we have made toward normalization of relations with Cuba - advancing commercial and people-to-people ties that can improve the well-being of the Cuban people, and expressing our support for human rights. In addition to holding a bilateral meeting with Cuban President Raul Castro, President Obama will engage with members of civil society, entrepreneurs and Cubans from different walks of life," White House Press Sectary Josh Earnest released Thursday. "This historic visit – the first by a sitting U.S. President in nearly 90 years – is another demonstration of the President’s commitment to chart a new course for U.S.-Cuban relations and connect U.S. and Cuban citizens through expanded travel, commerce, and access to information."

Despite the new normalization, the Cuban regime has continued their harsh crackdowns on political dissidents in the country. The White House has admitted the amount of progress expected as a result of new normalization, particularly on human rights, have not been met. During his trip, Obama will visit with Cuban dissidents, although Rhodes would not provide details Thursday about how dissidents are chosen.

"We see everything that we're doing as being in the net positive for the lives and human right of the Cuban people," Deputy National Security Advisor For Strategic Communications Ben Rhodes Ben Rhodes said during the White House press briefing Thursday. "Long term political prisoners are still a major concern. What we see is this practice of short term detention and harassment of people seeking basic human rights."

"We believe the best way to push this froward is for the President to go," Rhodes continued. "A degree of progress, some steps by the Cuban government in terms of access to the internet, but it's not enough."

"The way to carry this policy forward is to keep leaning forward," he added.

Rhodes failed to respond to a question about the progress of Cuba returning number of U.S. fugitives receiving asylum in the country, including convicted cop killer Assata Shakur, also know as Joanne Chesimard. Shakur was convicted of murdering a New Jersey state trooper in 1973 and escaped prison before heading south. New Jersey Governor Chris Christie sent a letter to Obama last year demanding Shakur be returned under the new relationship.

This needs to happen before any further consideration of restoration of diplomatic relations w/ the Cuban Government. pic.twitter.com/BH5KNIlPZU

Cuba has responded to calls for the return of U.S. fugitives by saying they have a right to protect those who are persecuted.

Chesimard was granted asylum by Fidel Castro after she escaped from the prison where she was serving a sentence for killing a New Jersey state trooper in 1973 during a gunbattle after being stopped on the New Jersey Turnpike.

Asked if returning fugitives was open to negotiation, Cuba's head of North American affairs, Josefina Vidal, told The Associated Press that "every nation has sovereign and legitimate rights to grant political asylum to people it considers to have been persecuted. ... That's a legitimate right."

The White House is also still in the process with appointing a U.S. Ambassador to Cuba.

President Obama will be in Cuba March 21 and 22.