Beretta to Tim McGraw Last Year: No You Can't Use Our Name For Your Movie Character 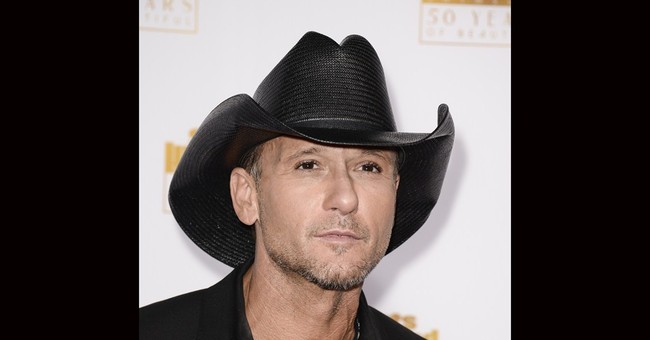 Country music singer and actor Tim McGraw, who is currently on his "Shotgun Rider" tour, is in hot water and being slammed as a hypocrite this week for headlining an upcoming concert for Sandy Hook Promise, a gun control advocacy group. McGraw is defending his decision to participate but fellow singer Bill Currington, who was scheduled to appear with McGraw at the event, has dropped out.

According to emails sent in 2014 between McGraw's talent representation and firearms company Beretta, an entertainment company working with the singer wanted to use the Beretta name for a character in one of McGraw's upcoming movies.

"Superstar country western singer-actor Tim McGraw's agent Brian Loucks at Creative Artists Agency is working with us to get our action picture set in Macao China in production this November. Tim will portray a former secret agent who teams with his long lost twin who we'd like to name BERETTA," an email to Beretta from Harlequin Entertainment states. "We have several private Chinese investors along with an American real estate developer who are prepared to fund the picture. We have the greatest respect for the Beretta name and company (and) are thrilled to see it move to another state that recognizes and validates the Constitution. The screenplay has been vetted by top agents at International Creative Management and Creative Artists Agency (#1 in the film industry). It is available in PDF format via the internet and it would be a great honor if you will read it before making any decision. This picture could launch Tim as an American James Bond."

"After careful consideration," an email from Beretta states. "We have decided not to authorize use of our name for this movie."