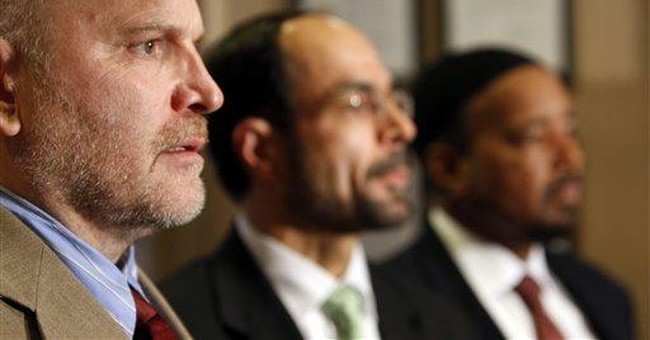 The Council on American Islamic Relations, better known as CAIR, has been designated  by the United Arab Emirates as a terror group comparable to ISIS and Al Qaeda. More from Fox News:

The Council on American-Islamic Relations (CAIR) was one of 82 groups around the world designated terrorist organizations by the United Arab Emirates, placing it in the company of Al Qaeda, Islamic State and others. While CAIR has previously been linked to Hamas, it has held hundreds of meetings with White House officials on a wide range of community issues and has sought to present itself as a mainstream Muslim organization.

CAIR isn't happy about the classification and argues it is a "civil rights" organization.

"We call on the United Arab Emirates cabinet to review this list and remove organizations such as CAIR, the Muslim American Society (MAS) and other civil society organizations that peacefully promote civil and democratic rights and that oppose terrorism whenever it occurs, wherever it occurs and whoever carries it out," CAIR wrote in a statement on its Facebook page, which also called its inclusion on the UAE list a "bizarre move."

Last night human rights attorney and Lawfare Project Director Brooke Goldstein made an appearance on The Kelly File to discuss this development.

CAIR is no stranger to terrorism. In 2007, the radical organization was an unindicted co-conspirator in the Holy Land Project case (which eventually led to five "charity" members being convicted for sending $12 million in funding to terror group Hamas), openly supports Hamas in its fight against Israel and encourages muslims in America not to work with federal law enforcement agents investigating homegrown terror in Muslim-American communities.

It should be stressed that President Obama often takes advice from CAIR and members of the Muslim Brotherhood about how to define terror and the White House National Security Council regularly consults members of these organizations.