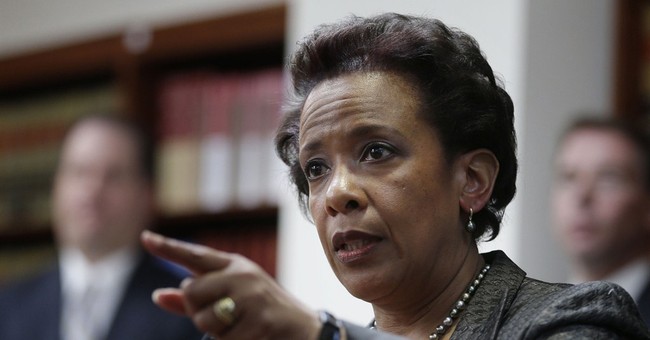 The battle on Capitol Hill over when nominations for President Obama's pick to replace outgoing Attorney General Eric Holder will begin is still brewing, but lawmakers are already getting their questions for the new nominee ready to go with President Obama's political agenda leading the way.

Republican Senators Ted Cruz and Mike Lee both sit on the Senate Judiciary Committee, where Loretta Lynch will face tough questions about why she's fit to be the nation's top law enforcement officer. As President Obama continues to threaten executive action on illegal immigration, Cruz and Lee want answers about how Lynch views the unilateral granting of amnesty.

“The Attorney General is the President's chief law enforcement officer. As such, the nominee must demonstrate full and complete commitment to the law. Loretta Lynch deserves the opportunity to demonstrate those qualities, beginning with a statement whether or not she believes the President’s executive amnesty plans are constitutional and legal,” Cruz and Lee said in a joint statement late last week.

The New York Times has the same question and the editorial board believes tough scrutiny of Lynch is justified.

Several Republicans, including Senators Ted Cruz and Mike Lee, have said Ms. Lynch must disclose her position on, among other things, the president’s announced plan to take executive action on immigration. That is one of many appropriate questions to put to a nominee for attorney general, who will be the nation’s chief law enforcement officer and who obviously must undergo greater scrutiny than, say, a local prosecutor. There’s no reason those questions can’t be asked now.

As Conn pointed out yesterday, should President Obama grant amnesty to millions of illegal immigrants without the consent of Congress, he'll be in violation of Article I of the U.S. Constitution, which grants Congress the exclusive authority to "establish a uniform rule of naturalization."

The past incidents listed above were all in response to specific humanitarian crises or foreign policy events. They all were narrowly tailored to help specific subsets of immigrants.

Obama's impending executive action is the exact opposite. He is planning on giving work permits, Social Security numbers, and drivers licenses to as many as 8 million illegal immigrants. This is not narrow humanitarian relief. This is a flagrant attempt to get around Congress's exclusive Article I power "to establish a uniform rule of naturalization."

Finding out where Lynch stands on this issue, before she is confirmed as Attorney General, is essential to upholding the rule of law in the United States. Lets hope our Senators can get some direct answers when her nomination hearing finally comes along.