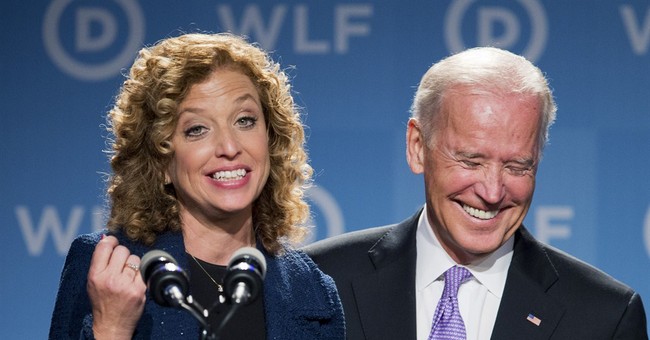 Vice President Joe Biden is having quite the week. First he used the Jewish slur "Shylock" while attempting to describe greed. Then in another speech, Biden described Asia as "The Orient."

Today at a DNC women's event (reminder, the folks over at the DNC, including Chairwoman Debbie Wasserman-Schultz, love using war on women rhetoric) Biden said he misses the days of bipartisanship in Washington and especially misses Republican Senator Bob Packwood.

"It was Republicans that were involved," Biden said in a speech at a DNC Women’s Leadership Forum breakfast. "Guys like [former Maryland Sen.] Mac Mathias and Packwood and so many others. It wasn't Democrats alone. Republicans were the sponsors of the raises of the minimum wage. I could go on and on. I'm not joking: This is not your father's Republican Party, or your mother's Republican Party."

As a reminder, Bob Packwood was run out of the Senate for abhorrent behavior as a misogynist, serial sexual harasser/assaulter and creep.

After Republican Robert W. Packwood was narrowly reelected to the Senate by Oregon voters in 1992, The Washington Post published a lengthy front-page story outlining the senator's unwanted sexual advances as reported by 10 women, mainly former staff members and lobbyists.

The extremely detailed and convincing accounts of Packwood's gross misbehavior were appalling. Outrage toward Packwood in his home state of Oregon and across the nation grew by day. The scandal and legal entanglements surrounding it would lead the senator to tearfully end his political career in 1995.


But hey, you can't really blame Biden. Excusing sexual abuse is just a habit. After all, he's in the party that praises and glorifies Ted Kennedy and Bill Clinton (who have the same records as Packwood, but because they vote the right way on abortion, were allowed by Democrats to stay in politics). At the 2012 DNC convention, Bill Clinton spoke and a seven-minute long tribute video was played in honor of Ted Kennedy's life. Naturally, they left out the chapter when Kennedy left a young woman, Mary Jo Kopechne, to die in his car.