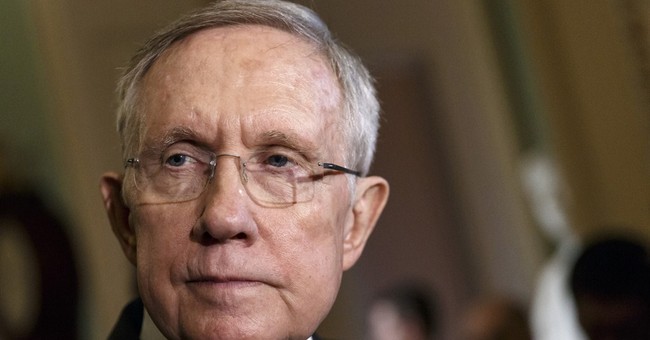 As unaccompanied illegal minors continue to pour into the United States through the southern border with Mexico, overwhelming law enforcement resources and housing facilities, Democrats are arguing the border is secure.

“The border is secure,” he told reporters after the Senate Democrats’ weekly policy lunch. “[Sen.] Martin Heinrich [(D-N.M.)] talked to the caucus today. He’s a border state senator. He said he can say without any equivocation the border is secure.”

Over the weekend during an appearance on CBS' Face the Nation Democrat Rep. Luis Gutierrez argued that because minors are willingly turning themselves into Border Patrol agent, the border is clearly secure.

"The border is secure," Gutierrez said on CBS' Face the Nation. "The fact is, the children are handing themselves over to the Border Patrol Agents, and under our laws, they must be treated."

Liberal logic: the border is so secure, 57,000 children have been able to cross over it.

Meanwhile as Border Patrol agents continue to work in overcrowded processing centers instead of out patrolling in the field, dangerous drug smugglers are operating with impunity.
Sen. Gardner Asks Dorsey Why He's Hidden Trump's Tweets, But Not the Ayatollah's
Cortney O'Brien