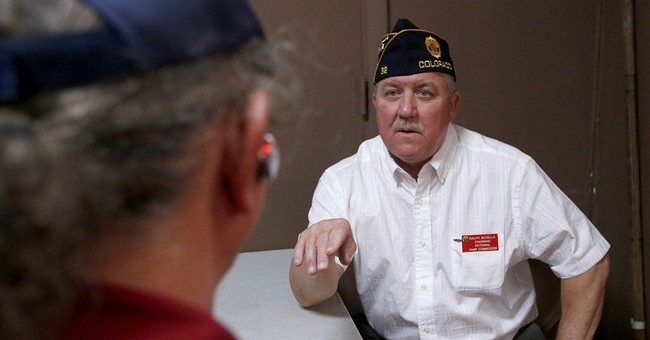 Since revelations of secret wait lists and veteran deaths at VA medical facilities surfaced two months ago, lawmakers on both sides of the political aisle have been pressing the Department of Justice to open up a criminal investigation into the ongoing VA scandal. According to CBS News, the FBI office in Phoenix has launched that criminal probe.

JUST IN: FBI Director James Comey says the Phoenix office of the FBI has opened a criminal investigation of the VA scandal.

Phoenix was the first location where whistleblowers exposed potential criminal wrongdoing and stated veterans had died as a result of long wait times for care. As of now, we know the VA scandal includes more than 40 hospitals in dozens of states and that 120,000 veterans have experienced improper delays. The question now is whether the criminal probe will stop in Phoenix or expand to other locations embroiled in controversy.

Comey confirmed the bureau's involvement during a hearing before the House Judiciary Committee. Officials previously made clear that federal prosecutors were helping in an inspector general investigation, but the probe by Phoenix FBI agents marks a new phase.

The additional probe comes as internal audits show the expanding scope of the scandal where thousands of military veterans endured long wait times for VA medical care, and VA officials apparently covered up those wait times in order to make their internal numbers look better.

Lawmakers were moving on a separate track on Capitol Hill to address the scandal. The Senate was poised to vote by Thursday on a measure making it easier for veterans who have encountered delays getting initial visits to receive VA-paid treatment from local doctors instead. The measure closely resembles a bill approved unanimously Tuesday in the House, prompting optimism among lawmakers from both parties that a compromise version could be on its way soon to President Obama for his signature.