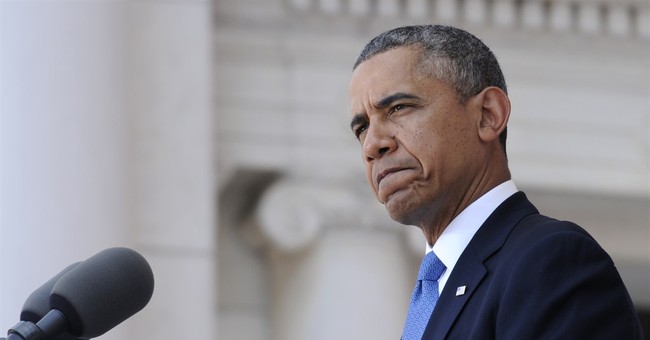 Speaking from the Rose Garden Tuesday afternoon, President Obama announced a commitment of 9,800 U.S. troops in Afghanistan past 2014 and into 2015 so long as the Afghan government signs a mutual security agreement that has been in negotiations for months. In the past, Afghan President Hamid Karzai has refused to sign the agreement.

"This year we will bring America's longest war to a responsible end," Obama said. "This is the year we will conclude our military [operations] in Afghanistan."

"We have now been in Afghanistan longer than many expected," Obama said. "But we have struck significant blows to the Taliban."

Obama noted the U.S. has supported the Afghan people in their efforts to build a democracy and was confident upcoming elections will go smoothly. He also said that when U.S. troops significantly decrease their presence starting in late 2015, it will be the responsibility of Afghans to take care of their own security and patrols. Obama said moving forward the U.S. relationship with Afghanistan will not be determined by war, but instead with diplomatic support in partnership with U.S. allies and NATO. U.S. troops will be tasked with training Afghan forces until 2016.