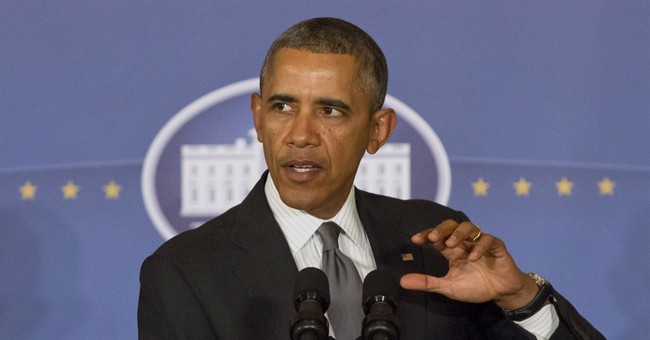 New polling released by CBS and the New York Times shows a majority of Americans are disappointed in Obama's presidency and put his approval at just 41 percent, plummeting five points over the past month.

Amid continued pessimism about the economy and direction of the country, 59 percent of Americans say they are disappointed in Mr. Obama's presidency (including 37 percent who are very disappointed); 40 percent are satisfied. Much of this discontent comes from Republicans and independents, but a quarter of Democrats express at least some disappointment.

President Obama and Democrats have been desperately trying to distract away from Obamacare, the issue fueling bad numbers, with topics like hiking the minimum wage. They've been increasingly unsuccessful. Just this week, Harry Reid tried to say Obamacare horror stories weren't true, only to find himself under fire for his remarks while inadvertently bringing the focus of debate back to the healthcare law. Further, almost half of Americans want Obamacare completely repealed.

Fifty percent think the health care law has good things in it but changes need to be made to make it work better; four in ten want the law repealed entirely (including 70 percent of Republicans).