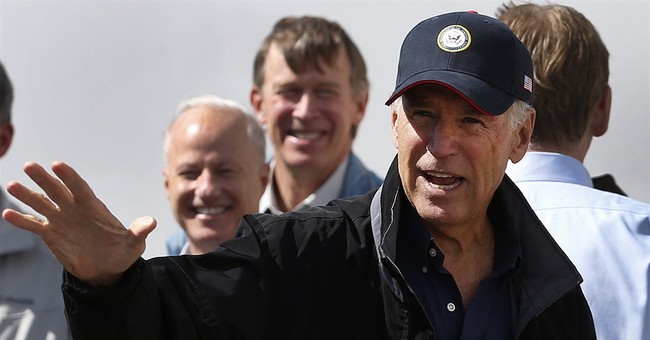 He's been missing in action for months, but could Vice President Joe Biden be the solution lawmakers need on Capitol Hill to come to some sort of agreement on the debt ceiling and the government shutdown? Conn and Guy have already laid out the details about what Democrats have done and what they are looking for as President Obama gets ready to meet with Republican lawmakers at 3 p.m. this afternoon, but who's coming to the pow wow? Joe Biden, who has been vacationing at Camp David despite the government shutdown.

What could possibly go wrong?Just about everything.

The White House is no doubt bringing Biden in as the "reasonable" player here who can find some kind of agreement between extremists like Democrat Joe Manchin and Republican Susan Collins....oh wait, that agreement already happened and Harry Reid said no. Now Democrats, who seem to be having a hard time understanding that we have a debt ceiling crisis because we have too much debt, are demanding an increase in spending.