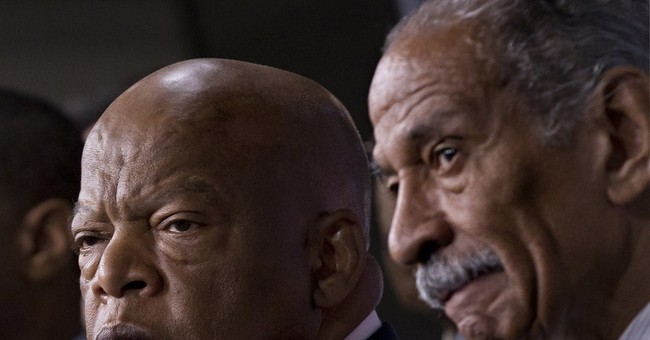 In response to a not guilty verdict in the George Zimmerman-Trayvon Martin case, the Congressional Black Caucus is getting ready to introduce new legislation on racial profiling. More from The Hill:

Members of the Congressional Black Caucus (CBC) are readying a flurry of bills in response to George Zimmerman’s acquittal on charges in last year’s fatal shooting of Trayvon Martin.

The lawmakers are drafting proposals intended to rein in racial profiling; scrap state stand-your-ground laws; and promote better training for the nation’s neighborhood watch volunteers, among other anti-violence measures.
CBC members had remained largely silent throughout the trial, but following the verdict, argued forcefully that, decades after the civil rights movement, the nation’s criminal justice system still discriminates against blacks and other minorities.

Rep. John Lewis (D-Ga.), an icon of the civil rights era, said the decision “seems to justify the stalking and killing of innocent black boys and deny them any avenue of self-defense.”

Black Floridians have made about a third of the state’s total “Stand Your Ground” claims in homicide cases, a rate nearly double the black percentage of Florida’s population. The majority of those claims have been successful, a success rate that exceeds that for Florida whites.

Tuesday during a speech to the NAACP, Holder called for a review of all Stand Your Ground laws across the country and equated self-defense to gun violence.