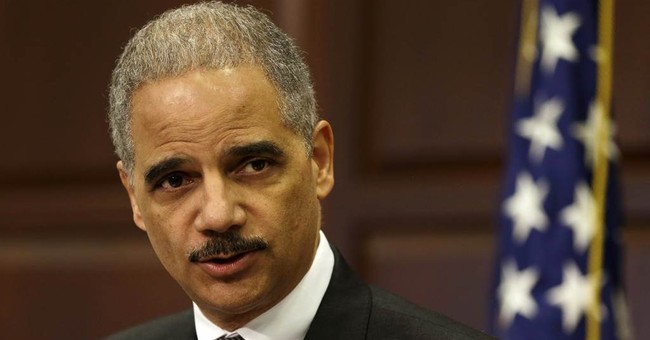 Speaking to the NAACP's 104th National Conference in Florida Tuesday, Attorney General Eric Holder assured the crowd he was "concerned" about the not guilty verdict handed down in the George Zimmerman-Trayvon Martin trial over the weekend and said all information available will be considered before the Justice Department makes a decision about federal civil rights violation charges.

"I am concerned about this case," Holder said. "The DOJ will consider all information before deciding a course of action."

Knowing the event would be covered by television networks, Holder urged America to use the Zimmerman case as an opportunity to have an "honest conversation" about race, even though jurors said the case had zero to do with racial biases. Not to mention, the FBI confirmed a year ago that Zimmerman is not a racist.

Holder equated self-defense to gun violence in reference to the case and urged people in a violent confrontation to retreat from their attacker. He slammed Stand Your Ground laws and received standing applause as a result. As a reminder, the Stand Your Ground law in Florida, like race, was irrelevant in this case.

"We must stand our ground to ensure that our laws reduce violence and take a hard look at laws that contribute to more violence than they prevent," Holder said.