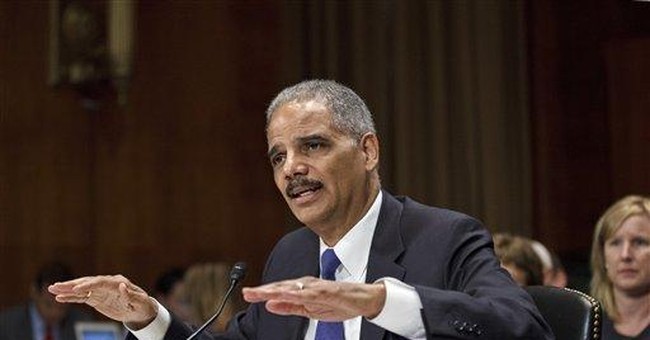 As Attorney General Eric Holder continues to be investigated by the House Judiciary Committee for possible perjury over the secret monitoring of reporters, the Department of Justice is offering him a full defense: Holder didn't lie.

Holder's statements at the May 15 hearing of the House Judiciary Committee have come under scrutiny from congressional Republicans, who are looking into whether the attorney general lied under oath earlier this month when he said he wasn't involved in the "potential prosecution of the press for the disclosure of material."

"That is not something I've ever been involved in, heard of, would think would be wise policy," Holder said at the hearing.

It has since been reported that Holder signed off on the Justice Department's decision to seek a search warrant for Fox News reporter James Rosen's private e-mails. The affidavit used to obtain that warrant said there was probable cause the reporter had broken the law when he solicited classified information from the government source.

Meanwhile, the Daily Beast is dubbing Holder "Obama's human shield," which would explain why Obama is standing beside Holder with full-faith and confidence.

There’s no reason to believe that Holder will be sent packing anytime soon or that he’s somehow at cross-purposes with the president. Obama has voiced nothing but support for his attorney general, which means that there’s every reason to keep questioning Holder’s truthfulness.

Until Obama tells him to go, Holder isn't going anywhere.