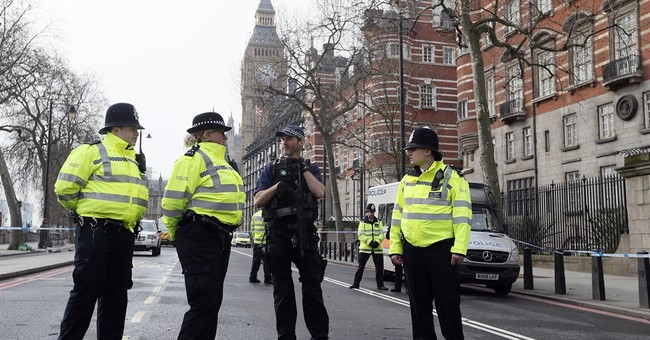 British police forces have arrested eight people and conducted six raids near the town of Birmingham just hours after a man plowed through people on the Westminster Bridge and stabbed a police officer to death.

According to Fox News, the identity of the attacker has yet to be released, but he is believed to have been British-born with previously links to extremism.

The City of Birmingham is thought to be one of Britain's most populated Muslim regions.  In 2016, an estimated 90,000 people gathered to celebrate the Islamic holiday of Eid.

"Our working assumption is that the attacker was inspired by Islamist ideology," Prime Minister Theresa May told members of Parliament.