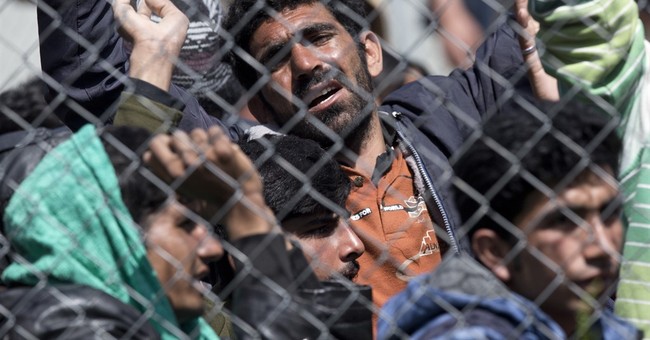 Terrorists are using the migration crisis to enter Europe and plot destruction across the continent says the European Union’s own border agency.

A report from Frontex claims that a record 1.82 million illegal border crossings last year, six times higher than the previous record set in 2014.

Areas like the Eastern Mediterranean route, especially the Greek islands, accounted for the largest number of immigrations failures with nearly 885,400 immigrants going undetected.

“There is no EU system capable of tracing people’s movements following an illegal border-crossing. Therefore it is not possible to establish the precise number of persons who have illegally crossed two sections of the external borders of the EU.”

The report also warned that a “staggering number” of EU citizens have travelled to Syria to fight with ISIS and that they are now posing as refugees to gain entry to Europe.

It is always tough to hear about reports like this and then see the Michelle Obama host a grand celebration of Nowruz, the Iranian New Year.

"We think America is strongest when we recognize our many traditions, when we celebrate our diversity and we lift each other up. And in times like these when we think of all that’s — that’s most important than ever before right now today with what’s going on. Right now when we are hearing so much disturbing and hateful rhetoric, it is so important to remember that our diversity has been and will always be our greatest source of strength and pride here in the United States. We are a nation of immigrants and we should cherish the talent and energy and the beautiful traditions and cultures that come with that heritage,” she said.