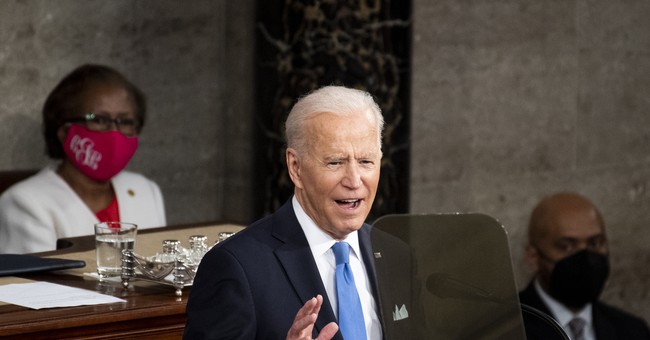 Sheriffs who serve counties at the U.S.-Mexico border and within the United States had sharp criticisms for President Joe Biden's lack of any real mention of the ongoing border crisis during his address to the joint session of Congress on Wednesday.

"I’m 70 miles out from the border. They can’t even leave their kids to watch the younger kids because people coming into their carport, trying to open their doors. This is a dangerous situation...We hear the people’s voices and we’ll do our job. They didn’t hear what they needed to hear last night from the President. We expected to hear more. We didn’t get that from him and that shows you this president doesn’t care about what is happening here. But the sheriffs do and we’re going continue to stand up for the people and for America," Lamb said.

Cochise County Sheriff Mark Dannels pointed to how the morale among Border Patrol and other law enforcement agencies has taken a hit because the Biden administration has tied their hands from being able to do their job.

"And when you do that, you're going take the morale away. I'm telling ya, the impact on local law enforcement, state law enforcement it's a collective effort. And I'll tell ya after last night’s speech by the president, it was an insult for everybody wearing a badge that's trying to protect this border," Dannels said.

Recommended
Based on That Answer, Biden Economic Adviser Pretty Much Admits We're Heading for a Recession
Matt Vespa

Biden hardly mentioned the border crisis during his speech to Congress, other than stating Vice President Kamala Harris will be leading the diplomatic efforts with Latin American countries to try to solve the "root causes" of illegal immigration. The current surge of illegal immigrants being apprehended at the border has reached historic highs with the regular busy season now in full swing.