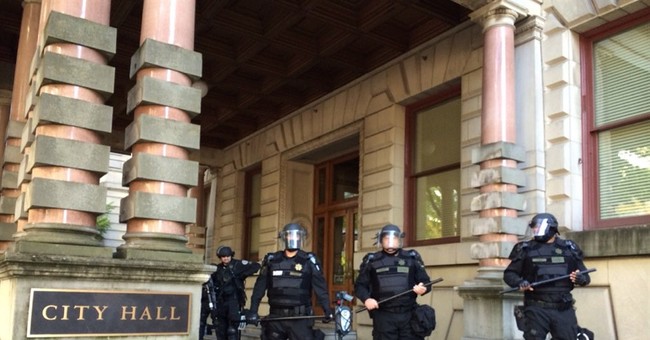 Portland City Commissioner Jo Ann Hardesty is a staunch advocate to defund the Portland Police Bureau (PPB). She recently voted in favor of a failed proposal to cut an additional $18 million from the PPB after its budget was already slashed.

But that did not stop Hardesty from calling the PPB after she got into an argument with her Lyft driver, according to The Oregonian. It all started after Hardesty called for a driver after visiting Washington’s ilani Casino Resort last week. She was upset from the start when there was a mixup on the pickup location.

Once inside the vehicle, Hardesty got into an argument with the driver because she did not want the windows open, which serves as a precaution measure for COVID-19, since it was cold outside. She then refused to get out of the car after the driver canceled and tried to drop her off at a gas station.

In the released 9-1-1 call, Hardesty said she called the number first because the driver threatened to call the police. The 9-1-1 operator replied technically the driver is correct since the car is his property and they entered into a civil agreement when she called for a car.

Hardesty continued to say she would not leave the car until the driver called for another ride, which both the driver and the 9-1-1 operator explained she had to be the one to call for the ride.

The 9-1-1 operator said he could send an officer to their location but there would be nothing they can do since no crime was being committed.

Hardesty's office gave a copy of the complaint she sent to Lyft to The Oregonian, which stated it was "totally inappropriate to expect a woman to get out of a vehicle in the dead of night."

“She was not a pleasant person," Richmond Frost, the Lyft driver, told The Oregonian. "That has nothing to do with her political position as a Portland council person. I’m out here doing my job. She was very disrespectful to me, made me uncomfortable. I don’t feel like I have to sit in a car for anyone to have to argue unrelentingly and be rude and abusive, telling me what I have to do in my own vehicle.”

Police were dispatched and arrived at the same time another Lyft driver pulled up. After retelling what had occurred, Frost and Hardesty went their separate ways.

When yet another Black man was killed by police and mass protests took place throughout the country, including here in Portland, hundreds and thousands of people took to the streets to seek redress from their government and demand change. 1/18