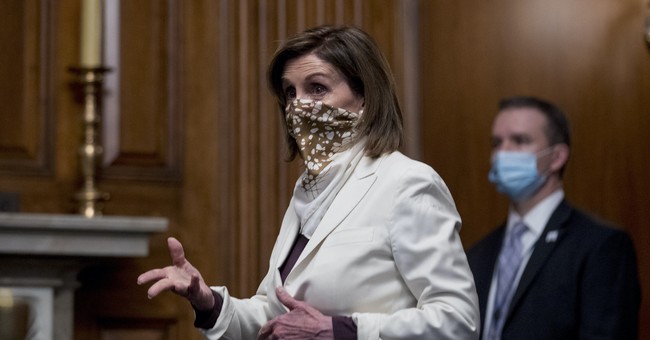 House Democrats blocked Republicans on a Motion to Recommit (MTR), which would allow them to propose a last-minute amendment, that was introduced by Rep. Denver Riggleman (R-VA) on Friday. The amendment would have prevented stimulus checks from going to illegal immigrants as part of the HEROES Act.

The MTR would have struck the provision in the HEROES Act that would have no longer made it a requirement to have a Social Security number in order to get the $1,200 Economic Impact Payments that were sent to Americans as part of the CARES Act. $1,200 were sent to adults and an extra $500 to families with dependent children to alleviate financial burdens that were the result of stay-at-home orders in response to COVID-19.

"This switch will allow illegal immigrants and non-citizens to get checks they aren't eligible for. I didn't think that a global pandemic meant it was time to stop helping American citizens who are desperate for assistance," Riggleman said on the House floor. "Now, more than ever, we need to make sure these rebate checks go to Americans who need it."

"The reason they are being included now because this provision is the latest in a grab bag of liberal priorities that Democrats are trying to sneak through in this bill," he continued.

Democrats tried to sneak in language to undo part of the bipartisan CARES Act and allow illegal immigrants to receive $1,200 Economic Impact Payments.@RepRiggleman introduced a Motion to Recommit to stop this far-Left idea from happening. pic.twitter.com/LMiUQ3MIUT

The HEROES Act has been criticized for being a progressive wishlist that does little to address the ongoing Wuhan coronavirus pandemic.

"It mentions 'cannabis' more than 'job,' aims to change election laws, suspends the cap on SALT tax deductions - a policy change that would directly benefit millionaires and billionaires - provides millions of more dollars for an endowment for the arts and humanities," House Minority Leader Kevin McCarthy (R-CA) explained, adding it has "nothing to do with COVID-19."