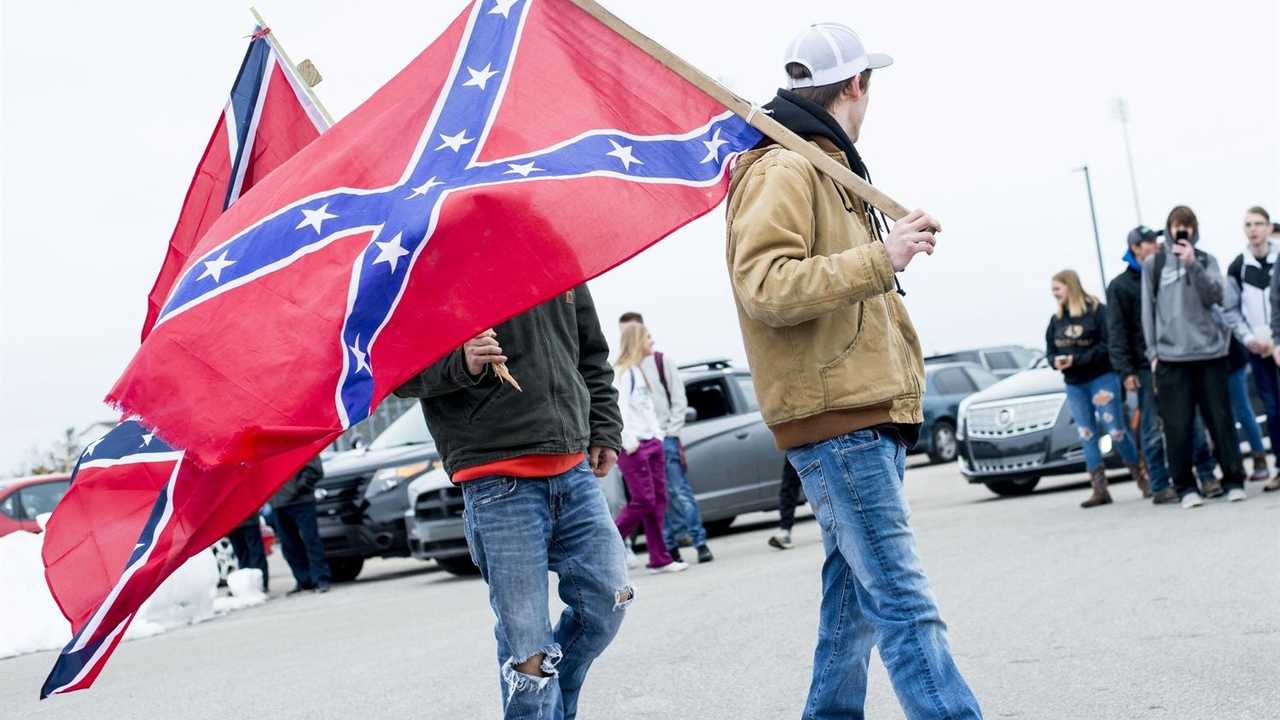 U.S. Marine Corps Commandant Gen. David Berger published a letter to the force on Thursday explaining why he banned the public display of the Confederate flag on Marine Corps bases.

"All of our installations have regulations prohibiting the display of symbols related to hate speech. These regulations are not intended to weigh the value or specific meaning of any particular symbol," Berger wrote. "Rather, they help cultivate an environment which promotes unity and security by limiting offensive or divisive displays. Leaders must always act thoughtfully when enforcing these provisions because they directly impact a precious constitutional right—the right to free speech."

Berger cited his main responsibility of ensuring Marines are ready to fight and that requires everyone in the force to act as a cohesive unit. His mandate, Berger explained, requires him to address anything that could divide the Corps and prevent it from winning wars.

Given how the flag represents a movement that was started to go to war against the United States government to preserve their "right" to slavery, Berger said he had to ban the public display of the Confederate flag:

"In this vein, I have determined it is time to act to exclude from our Corps public displays of the battle flag carried by the Confederate Army during the American Civil War. In doing so, I am mindful that many people believe that flag to be a symbol of heritage or regional pride. But I am also mindful of the feelings of pain and rejection of those who inherited the cultural memory and present effects of the scourge of slavery in our country. My intent is not to judge the specific meaning anyone ascribes to that symbol or declare someone’s personally held view to be incorrect. Rather, I am focused solely on building a uniquely capable warfighting team whose members come from all walks of life and must learn to operate side-by-side. This symbol has shown it has the power to inflame feelings of division. I cannot have that division inside our Corps."

"To do my duty and build this team, I must focus on the constant and timeless values that we share with the Navy—Honor, Courage, and Commitment. We must remove those symbols that have the effect of division and not mere disagreement. I am asking every Marine to focus on the team and the symbols that bring us together—the eagle, globe, and anchor. The stars and stripes. Our battle colors. Our MarPat uniform. Team over self: that is how we must operate to fight and win," Berger concluded.

Why Is AOC Sobbing on the House Floor?
Townhall
Tucker Carlson has questions the Dems' 1/6 committee might not care to find answers for (based on newly released video)
Twitchy
You Must Read This Stunning Letter From a "Detransitioned" Woman Demanding The Medical Establishment Treat Gender Dysphoria With Science, Not Activism
Redstate
If These Latest Revelations Aren't Enough to Arrest Hunter Biden, Then Nothing Is
PJ Media