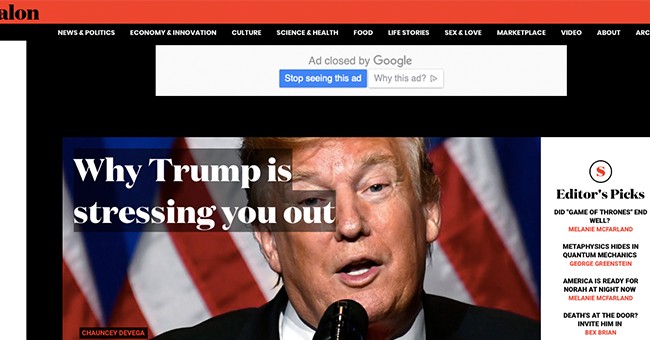 Salon mocked Fox Business anchor Maria Bartiromo in early March after she stated the United States could see hundred of thousands of Wuhan coronavirus cases. Salon said at the time that Bartiromo was just the latest of Fox News personalities who have "spread much misinformation about the coronavirus since the pandemic arrived stateside."

Salon reported Bartiromo's comment was part of the "disinformation" that has "continued to spread on the right-leaning network about the outbreak."

Maria Bartiromo predicted Thursday during an appearance on Fox News that "hundreds of thousands" of people will be infected with the coronavirus in the U.S. as disinformation continued to spread on the right-leaning network about the outbreak. @Salonhttps://t.co/i7KGOR4Jg2

Sadly, Bartiromo's sources were correct as March continued to roll on. As of early Thursday morning, the United States has at least 216,721 confirmed cases of COVID-19.

The accusations of Bartiromo fear-mongering is also puzzling considering many liberals and members of the media accused Fox News of not taking the novel virus seriously. What is often left out in those accusations is those same outlets also did not view COVID-19 as a serious threat to the United States, often saying the seasonal flu was more of a threat.

Fox News host Greg Gutfeld recently caught a Media Matters staffer spreading misinformation on Twitter, accusing Gutfeld and "The Five" of lying when the host said they raised the alarm over the coronavirus during the early stages of the outbreak.