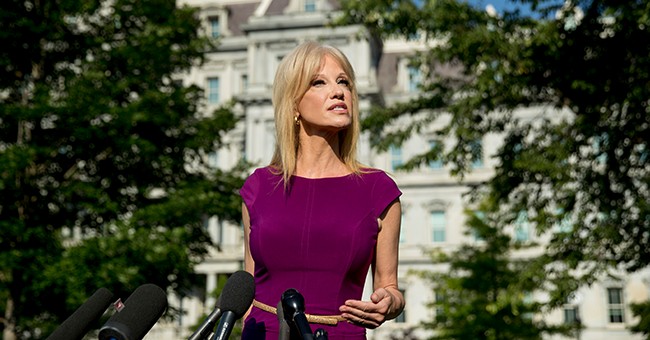 Kellyanne Conway, Senior Counselor to President Trump, asked the Asian-American reporter who claimed on Tuesday she had been subjected to racism by a White House official by calling COVID-19 "Kung-Flu" to her face.

Weijia Jiang, a White House correspondent for CBS News, tweeted about the alleged incident and it received widespread attention.

This morning a White House official referred to #Coronavirus as the “Kung-Flu” to my face. Makes me wonder what they’re calling it behind my back.

OK... But Trump didn’t start calling it the “Chinese Virus” until Monday, when he also started shifting his tone to a more somber one. He had been calling it #Coronavirus. https://t.co/VFNe7hcc6I

The alleged remark was made as Trump has been taking heat for referring to COVID-19, also known as the Wuhan coronavirus, as the "Chinese virus" in response to the authoritarian Chinese government claiming either the virus originated in the United States or the United States military created the virus.

Conway asked about the identity of the official during a press gaggle with reporters in the White House driveway.

"I’d like to know who they are. Hold on. You can’t just say that and not name them. Tell us who it was. Come up here and tell us who it was," she said, adding it was wrong if a person did make the comment.

"I’m not dealing in hypotheticals. Of course it’s wrong. But you can’t just make an accusation and tell us who it is. Who is it? Come and tell us."

Conway also noted she does not take racism against Asians lightly because her husband and children are part Filipino.