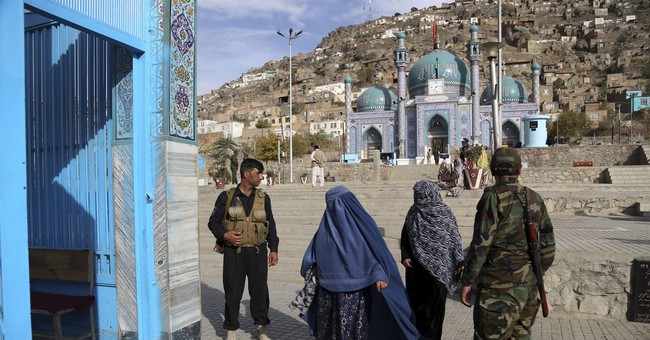 The United States and Afghan governments took their first step in ending the almost two decade war with the Taliban on Saturday by signing a peace agreement and a joint declaration to take U.S. troops out of Afghanistan.

The withdrawal agreement was signed after a "reduction in violence" agreement was in effect between the two sides. The plan is to now have both sides come to the table to enact a permanent ceasefire and enable conditions to allow U.S. troops to completely leave Afghanistan in 14 months.

The "reduction in violence" agreement only applies to the Taliban and not Al-Qaeda or the ISIS militants operating in Afghanistan.

During a background briefing with reporters, senior government officials said they understand who they are dealing with, however, they want the deal to work so peace can be achieved and American troops can go home, which has been one of President Trump's campaign promises.

If conditions are being met by the Taliban within the first 135 days, the number of U.S. forces in Afghanistan will be drawn down from around 12,000 to 8,600. The officials said the reason why they can not do a complete withdrawal from Afghanistan overnight is because it will lead to a safe haven for terrorists, pointing to President Barack Obama's administration facilitating U.S. troops leaving Iraq even though the Iraqi government was ill-equipped and ill-prepared to take over more responsibilities, leading to the rise of ISIS.

"If we just rip everybody overnight, it would just, in a certain sense, threaten everything we have done," an official said.

"This could all blow up, we know this," another official said about the agreement. "It's possible and then we'll just start killing them again."

The agreement has already hit a snag, with the U.S. having promised to release Taliban prisoners, but the Afghan government opposing the idea. The AFP reported on Monday that a Taliban spokesman said they will carry out "operations."

Four American service members have been killed in Afghanistan so far this year. Staff Sgt. Ian McLaughlin, 29, and Pfc. Miguel Villalon, 21, were killed in January when their vehicle was struck by an improvised explosive device (IED) in the Kandahar Province. Sgt. 1st Class Javier J. Gutierrez, 28, and Sgt. 1st Class Antonio R. Rodriguez, 28, were killed on February 8 during a firefight between an attacker who was wearing an Afghan Army uniform.