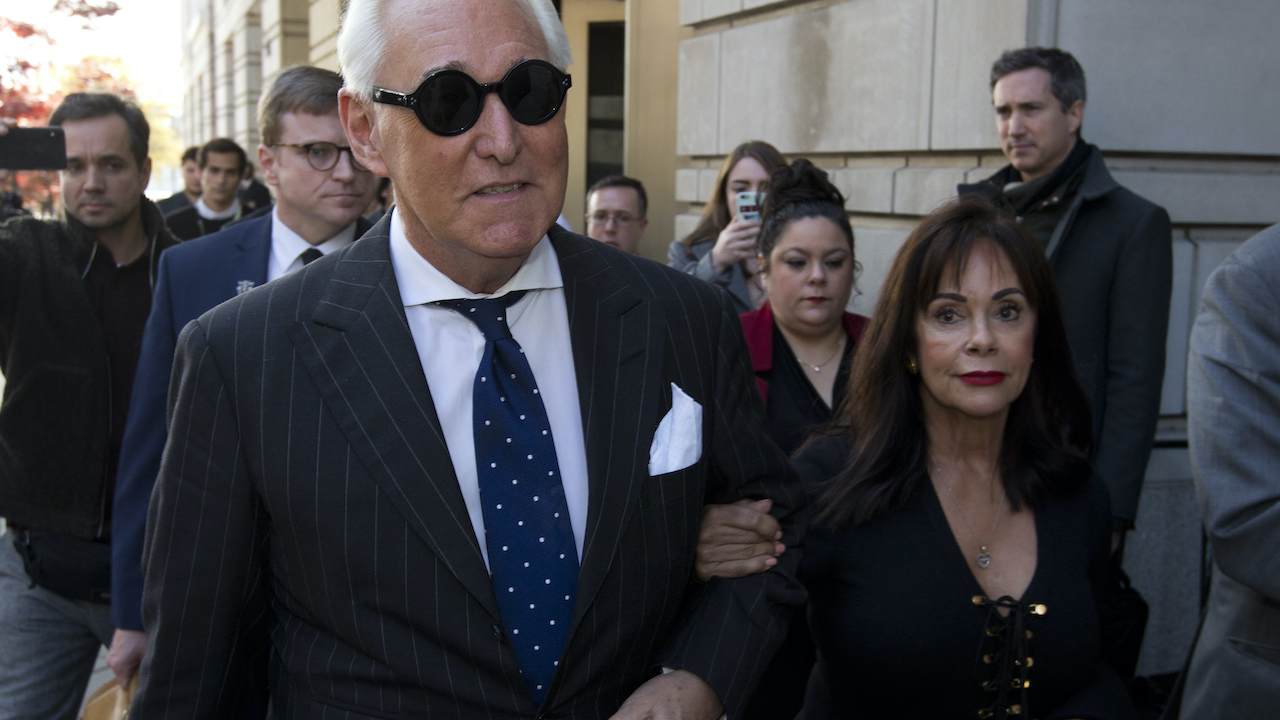 Protesters heckled and shouted at Republican operative Roger Stone when he left the United States District Court for the District of Columbia after he was sentenced to 40 months in jail for lying to Congress and witness tampering on Thursday.

The charges stemmed from ex-Special Counsel Robert Mueller's investigation into the alleged ties between President Trump's 2016 campaign and Russia.

As Stone, a strong Trump ally, both entered and left the courthouse, protesters chanted, "Lock him up!" and "traitor!" Others who were outside the courthouse expressed support for Stone.

NEW: Roger Stone arrives at a DC courthouse for expected sentencing on his conviction for witness tampering and lying to Congress. A few onlookers yelled "Traitor!" at him as entered the building. https://t.co/hQObmjkcfA pic.twitter.com/1QQxwc7jla

Roger Stone exiting D.C. federal court after being sentenced to 3yrs, 4 months in prison was met by protestors chanting “lock him up” and “pardon Roger Stone.” pic.twitter.com/LWyE0M9AS5

Federal District Court Judge Amy Berman Jackson ordered Stone to pay a $20,000 fine and gave him two years of probation, and 250 hours of community service. The Department of Justice's prosecutors originally recommended nine years of jail time for Stone, which President Trump later tweeted was unfair. Leadership at the DOJ took over and adjusted the recommendation, leading to all four prosecutors resigning from the case.