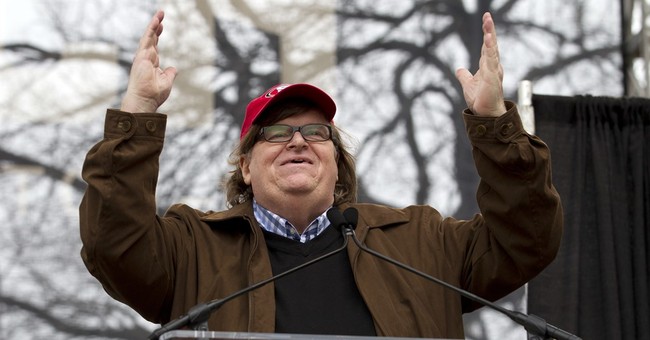 Filmmaker and anti-Trump activist Michael Moore has repeatedly made public appeals to the leaders of Iran after President Trump authorized the airstrike that killed General Qassem Soleimani, the commander of Iran's Quds Force, and Kataib Hezbollah leader Abu Mahdi al-Mohandes.

"Sir, I deeply regret the violence on our behalf by a man that most Americans have never voted for. Avoid power. A sincere man, Michael Moore, an American citizen," Moore posted in Persian, according to Google translate.

"I have just sent the Ayatollah of Iran a personal appeal asking him not to respond to our assassination of his top General with violence of any kind, but rather let me & millions of Americans fix this peacefully," Moore also posted on Instagram. "I recorded and DM’d him a message on my podcast, 'RUMBLE'. You can hear it on any podcast platform like Apple or Spotify for free. We need to prevent war, any war. Now. When the Ayatollah responds, I’ll post his reply."

Moore also blamed Trump for Iran launching ballistic missiles at bases in Iraq where American troops are stationed. He accused Trump of escalating the situation in the Middle East to distract from the impeachment proceedings.

Trump will use any form of attack to escalate the war he has started. The war is meant as an episode of his unReality Show, a distraction from impeachment.

Soleimani was responsible for the deaths of over 600 U.S. military members and thousands of civilians throughout the Middle East, including civilians in Iran.