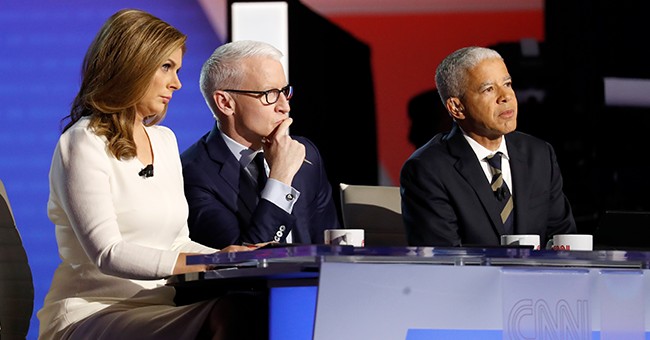 While the fourth Democratic presidential debate hosted by CNN and the New York Times covered a wide variety of issues, one large topic was not asked during the three-hour event: China.

China not only has been in the news because of Hong Kong protesters taking to the streets to advocate for more freedoms, but also because of the recent controversies over NBA players and coaches, who usually are more than willing to criticize the United States and President Trump, twisting themselves into pretzels in order to not criticize China.

The debate was moderated by CNN's Anderson Cooper and Erin Burnett, and the Times' Marc Lacey.

Topics the 12 Democratic candidates discussed on Tuesday included gun control, health care, the troop withdrawal in Syria, abortion rights, Trump's Twitter account and his impeachment. They were even asked if they had any Republican friends for the last question.

China was brought up by the some of the candidates for a few moments during the night.

The NBA's controversy started after General Manager of the Houston Rockets Daryl Morey tweeted in support of the Hong Kong protesters. Golden State Warriors head coach Steve Kerr said he was not willing to comment on China's domestic issues because they have not come up while they're visiting the country.

"So none of us are perfect and we all have different issues that we have to get to," Kerr said. "And saying that is my right as an American doesn't mean that I hate my country, it means I want to address things right. But people in China didn't ask me about, uh, you know people owning AR-15s and mowing each other down in a mall."

"I don’t want to get into a feud with Daryl Morey, but I believe he wasn’t educated on the situation at hand and he spoke. So many people could have been harmed, not only financially, but physically, emotionally, and spiritually," he added.