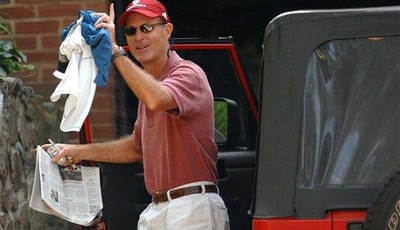 Last week, I noted how the Indiana Senate race changed, according to political experts, when former Senator Dan Coats showed an interest in joining the race. Although I am not going to take sides in the primary battle, it seems like Democrats are eager to knock Coats down and possibly get him out of the race.

In a piece entitled "Can Democrats dissuade Dan Coats from running?", Chris Cillizza noted how fiercely Democrats have attacked the Republican. Cilizza noted the following:

By hammering Coats before he even becomes a candidate, national Democrats want to make sure the former Senator understands what he is in for over the course of the next nine months (or so) and how much the media environment -- when it comes to politics -- has changed.

Second, assuming Coats is committed to run no matter what Democrats throw at him, the goal of the string of negative stories is to change the narrative from 'Bayh draws a serious challenge in Coats' to 'Coats, former lobbyist, returns home to Indiana to run'.

Last Thursday, NBC's First Read reported on some of the negative stories that recently came out about Mr. Coats. A First Read article noted that "In the last 24 hours, we’ve learned that Coats is a registered lobbyist; that he has been registered to vote in Virginia, not Indiana; and that he accused Bill Clinton of wagging the dog after launching strikes intended to hit al Qaeda in 1998."

Human Events' John Gizzi analyzed the Indiana race noting Coats' weaknesses along with the weaknesses of the incumbent Senator, Evan Bayh. Gizzi wrote, "In large part because of his vote in favor of the Obama-backed health care plan earlier this year, voter support for Bayh -- son of a former senator and himself a two-term former governor -- has plummeted, polls show." To take on Bayh, Coats would have to win a primary against at least two other Republicans. Gizzi noted that opponents "Hostettler and Stutzman are not likely to exit the May primary solely because Coats is jumping in."

Right now, though, it seems like Democrats are going after Coats hard possibly to get him to reconsider running. Dems may be scared to lose that Senate seat and they are doing what they can to get rid of some of their competition. Let's hope that Coats stays in the race and that a strong candidate emerges from the Republican primary to take on Senator Bayh this November.