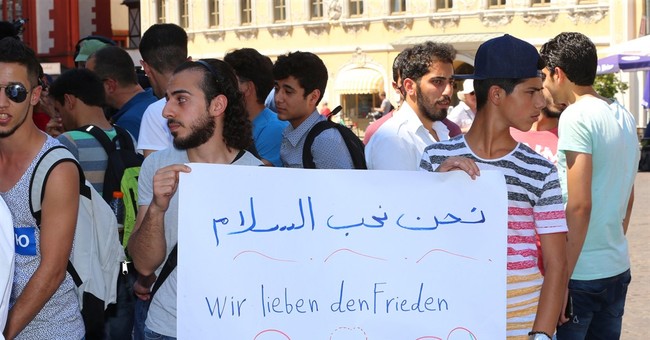 After a lull in refugee arrivals this month, the State Department has admitted nearly 1,700, and is closing in on its goal.

The U.S. has admitted 6,909 Syrian refugees since October, and has just over two months left to reach President Obama's promise of 10,000 by September 30.

This total was not reached by July's numbers alone, however. The Refugee Processing Center made edits to June's totals Monday, bumping the numbers from 2,381 to 2,406.

The refugee admission process accelerated in May and set records in June, but until July 11, only 43 had been admitted this month. Since then the refugees came in at over 150 a day.

Over half of the refugees are under 21 years of age, and over half are male. 30 percent are over the age of 30, yet men between the ages of 21 and 30 continue to be noticeably absent from the immigrant population.

The number of men between the ages of 31 and 40 is greater than the 21-30 category and also exceeds the 14-20 age group. Men in the 31-40 group are also joined by nearly equal numbers of women, a condition not found in any of the other age categories.

Nearly 92 percent of the refugees identified themselves as Arabs and seven percent were listed as Kurds.  Only 0.51 percent of the current fiscal year population is not Muslim.