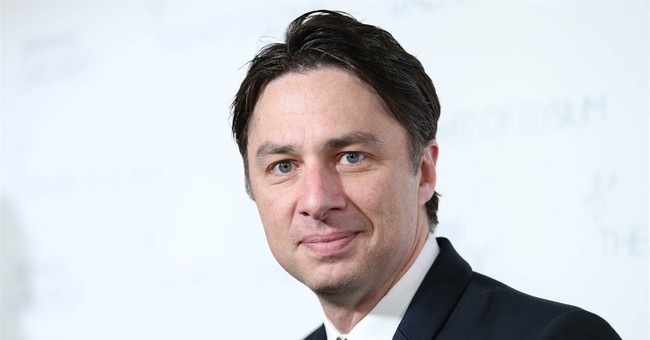 Since Election Day three weeks ago, we have heard from some on the Left, including the Democrat presidential nominee Joe Biden, resounding calls for “unity.”

Biden offered a victory speech a few days after Election Day, where he extended an olive branch to supporters of President Trump, saying "I understand the disappointment tonight. But now let's give each other a chance. It's time to put away the harsh rhetoric, lower the temperature. And to make progress, we have to stop treating our opponents as our enemies. They are not our enemies. They're Americans."

Throughout the campaign, however, Biden did not act in this cordial manner, instead choosing to call Trump supporters “chumps,” for example, at least he ostensibly feels this way now. But unfortunately, many on the Left do not, and some even plan to compile keep lists of Trump supporters and “enablers.”

According to the Daily Wire, actors Chris Evans and Zach Braff are the latest additions to this group.

Never forget all these enablers.

Evans tweeted a hashtag saying “Remember who said nothing:”

Throughout the Trump era, Leftists have consistently argued that the president was behaving as a dictator, a fascist and even compared him to Hitler and Mussolini. But what is abundantly clear is that it was never just about Trump. It was about you.

The Left despises you and will do whatever it has to in order to make sure your voice is never heard if it doesn’t tow their line. They will cut down anyone who dares to stand in the way of their everlasting quest for power.