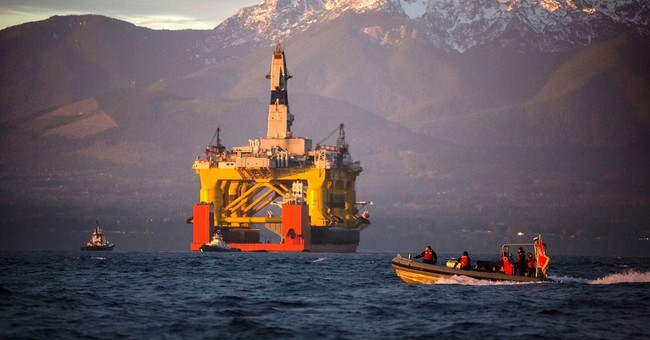 In a move that is set to happen as soon as Tuesday, President Barack Obama will utilize a section of the 1953 Outer Continental Shelf Lands Act to block offshore natural gas and oil drilling in parts of the Atlantic and Arctic oceans.

Despite previous presidents hardly using the 1953 law, the ban comes with a host of other last-minute regulations from the outgoing president as he attempts to cement his legacy before he leaves office. President Obama has made numerous restrictions and bans on offshore drilling in federal land throughout his tenure. Environmental extremists have been pushing him for years to enact more bans in the Arctic.

The avenue for repeal is possible, but it’s unclear right now if president-elect Trump and the Republican-controlled Congress will roll back Obama’s latest moves with offshore drilling.

Currently, the American offshore drilling industry is based almost exclusively within the Gulf of Mexico. However, there is a lot of potential in the Arctic ocean. While hard to guess, the American portion of the Arctic is estimated to contain 27 billion barrels of oil and 132 trillion cubic feet of natural gas.

Given the potential for so many new American jobs and revenue to be made, it’s hard to imagine President-elect Trump would not pursue the Arctic for oil.