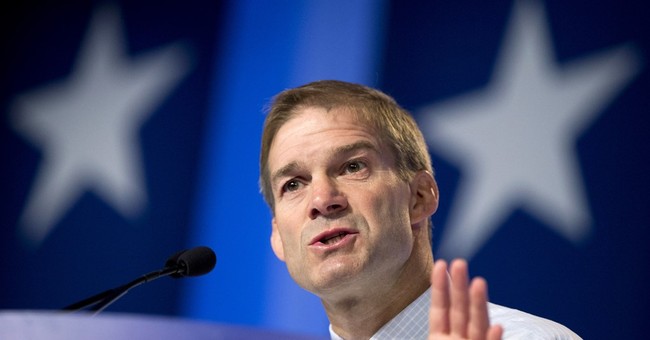 Just because Trump has reversed course on a criminal investigation into Hillary Clinton doesn’t mean the former first lady is out of the woods yet. The Ohio representative and leader of the rambunctious Freedom Caucus declared in a Fox & Friends interview that the House has an obligation to further investigate Clinton's misuse of classified emails.

.@Jim_Jordan: Congress has an obligation to continue the Clinton investigation pic.twitter.com/P8KxvkNvaO

“Well we do have an obligation, not just any old obligation, it’s a constitutional obligation,” Jordan said in the Fox News interview. “She obviously broke federal records law — at least I think she did.” He made the case that everyone, including Clinton, should be held to the same standards under the law.

Rep. Jordan has been the leader of the Freedom Caucus since its inception in 2015. He announced that he does not plan to run for another term. The caucus elected three new board members Tuesday night.

As for Trump and Clinton, the president-elect has seemingly taken an inclusive tone since winning the election. Trump feels he needs to represent all Americans and believes another Clinton investigation would be a distraction against his blossoming White House agenda. He remarked that he does not want to "hurt" the Clinton family.

However, the GOP-led House can hold committee hearings if they so choose.