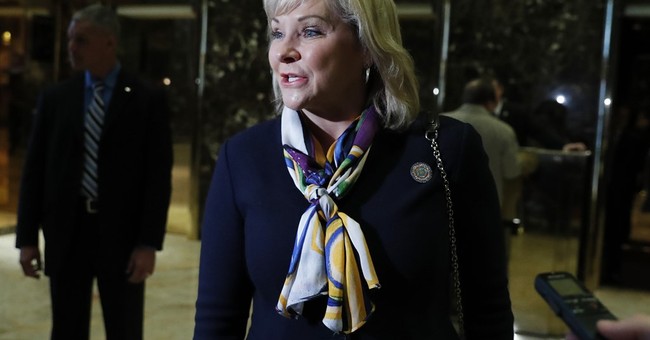 According to sources within Trump’s inner circle, Oklahoma Gov. Mary Fallin is the favorite to become the next interior secretary. The former chair of the Republican Governors Association and congresswoman met with the president-elect in Trump Tower last week.

The two are quite close. Fallin was an early endorser of Trump’s presidential campaign and was on the short list to become Trump’s running mate.

The Department of the Interior is responsible for federal land and natural resources. Whoever becomes the next leader of the department will be diving immediately into climate change issues – an agenda President Obama has been extremely stringent on.

The gig would be a good fit for the current governor of an oil-rich state. Governor Fallin has been an outspoken advocate of oil and gas development. She signed a bill in 2015 preventing cities in Oklahoma from enacting bans on drilling. She even issued an executive order announcing she would not comply with the Obama Administration’s climate change regulations on power plants. During their meeting at Trump Tower, she and the president-elect spoke about the oil and gas industry and Native American issues.

Environmentalist groups will undoubtedly be livid if the Fallon nomination becomes official.