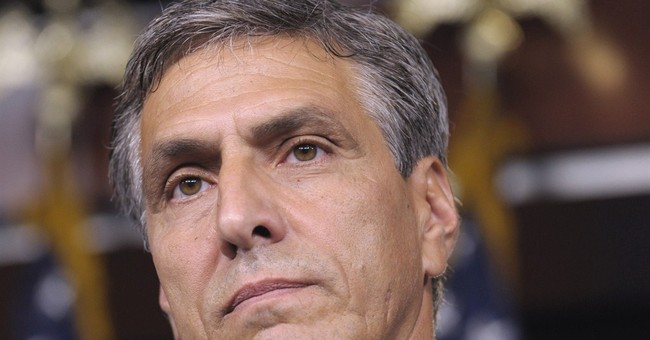 Update:Elaine Chao has been picked for Transportation Secretary.

Pennsylvania congressman Lou Barletta is meeting with president-elect Trump Tuesday. A source close to the transition team has said he is being heavily considered for Secretary of the Transportation Department.

Rep. Barlettta, just elected to his fourth term in the House, has been a key member of the “Trump Caucus” in the lower chamber. He lobbied on behalf of Trump during the campaign to other Republican congressmen who were having a hard time supporting the eventual Republican nominee.

A member of the Transportation Committee, Barletta brings formidable experience to the table. The Pennsylvania Republican used his policy knowledge to advise the Trump campaign during the election. He submitted policy pitches to the Trump team on issues regarding transportation and immigration.

Given Trump’s pledges on the campaign trail, the position of Transportation Secretary may be more pivotal than ever. The president-elect has promised a huge boost in infrastructure spending during his tenure. Trump wants to revitalize the country’s roads and bridges. The next leader of the Transportation Department would be heading the whole operation.

Obama Campaigns with McAuliffe in VA: Republicans are 'Trying to Systematically Prevent' People from Voting
Landon Mion
Youngkin Calls for Loudoun County School Board to Resign After Email Revealed a Sexual Assault Cover Up
Landon Mion