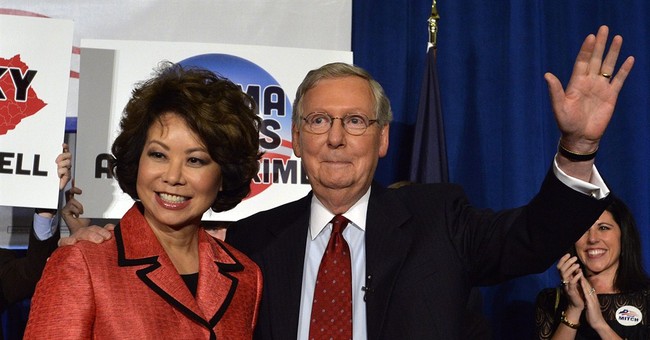 President-elect Donald Trump has selected Elaine Chao as his Transportation Secretary. Chao was previously Secretary of Labor under President Bush from 2001-2009.

Chao's selection was confirmed by a member of the transition team. She is the second Asian-American woman picked to Trump's cabinet; the first being Nikki Haley. Chao has been married to Sen. Mitch McConnell (R-KY) since 1993.