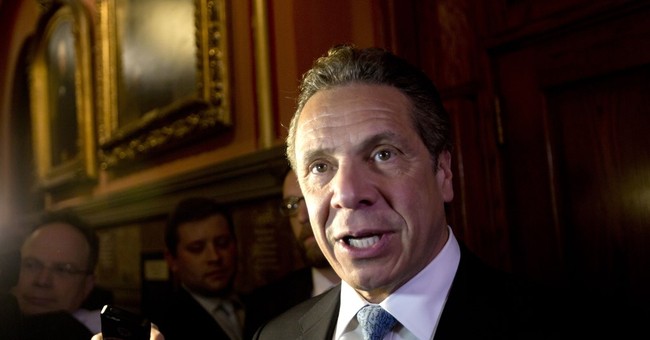 In the five stages of grief following the presidential election, Democrats are still stuck somewhere between two and three; a mix between anger and bargaining. Their antics post-election demonstrate they will probably not reach the acceptance stage anytime soon for inauguration day.

It’s not just the liberal protestors rioting across the country who are taking things a little too far. New York Governor Andrew Cuomo spoke to a black congregation and announced some serious measures he will be enacting because of the election.

In a speech to the Abyssinian Baptist Church in NYC, Governor Cuomo claimed Trump’s victory is spawning a “social crisis” in the country. He tied various hate crimes directly to the outcome of the 2016 election.

"The ugly political discourse of the election did not end on Election Day," the New York Democrat said. "In many ways it has gotten worse, (growing) into a social crisis that now challenges our identity as a state and as a nation and our people."

This issue is so bad, according to the governor-turned social justice warrior, that he is taking it upon himself to form a special hate crimes unit among state police. He also promised to bring about more legislation protecting public schools from bullying, and establish a public-private legal fund for the purpose of assisting poor immigrants.

President-elect Trump has promised to cut off federal funding to sanctuary cities. All eyes are watching how the issue will unfold as a host of liberal mayors have vowed to keep intact their protection of undocumented immigrants.