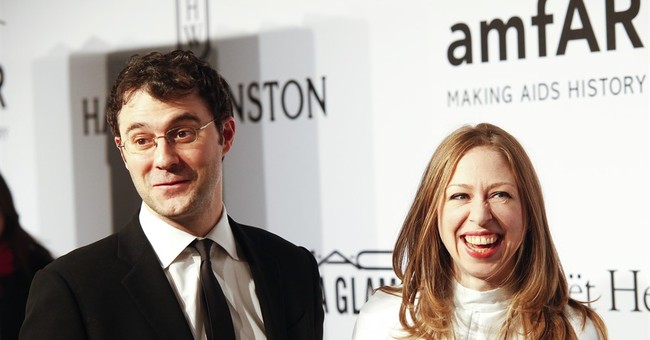 New Podesta emails from WikiLeaks keep on coming and so do new revelations.

The line between the Clinton charity and separate business was evidently blurred at Foundation events. Mezvinsky allegedly courted donors at a heavyweight poker game hosted by the Clinton Foundation. According to the emails, Mezvinsky actively sought out donors to take part in Eaglevale. He was operating the hedge fund along with two partners and reportedly struggled to find investors. Rich Clinton backers were under the impression that the family looked favorably on boosters who invested in Eaglevale.

The emails pertaining to Mezvinksy’s nepotism mostly came way of messages exchanged with ex-Clinton aide Doug Band – who apparently was in a rocky relationship with Chelsea Clinton and her husband. Band emailed Podesta and blew the whistle on Chelsea’s husband abusing the Foundation’s connections to make money for himself.

But Band, in his Jan. 2012 email, suggested that Mezvinsky needed to lean on his wealthy and well-connected in-laws because he wasn’t having much luck generating investor interest in his hedge fund on his own.

“His raising money for his own fund hasn't been going well,” wrote Band, who at the time was engaged in something of a turf war with Chelsea Clinton. She had accused Band, who had worked closely for years with Bill Clinton at the foundation and on for-profit ventures, of using his foundation role to supplement his money-making ventures.

Mezvinsky had lodged similar complaints, Band suggested in his Jan. 2012 email, though Band contended in the email that Clinton’s son-in-law “is doing precisely what he accused me of doing.”

Several sources to POLITICO have said that there is crossover between Foundation donors and investors in Eaglevale. Some of these people include media billionaire Haim Sabam and major Clinton ally Marc Lasry.

As for Mezvinky’s hedge fund’s performance: not so great. He invested $25 million on a fund that betted on a Greek economic comeback. That didn’t happen and investors lost tons.