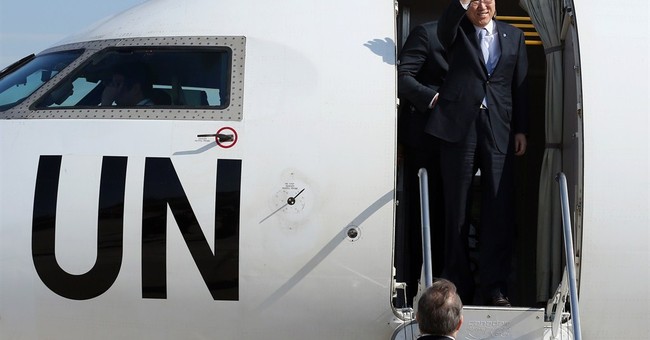 Climate change has been a popular topic of conversation lately and it appears the United Nations is taking a stand on the environmental changes. The UN climate chief, Christiana Figueres, also apparently knows about how government systems affect the climate. Oh wait, no she doesn’t.

She stated earlier this week that democracy is a poor political system for fighting global warming. She also said that communist China is instead the best model.

Even though China is the world’s top emitter of carbon dioxide and struggles with major pollution issues of their own, apparently Ms. Figueres thinks that means they are “doing it right” when it comes to fighting global warming.

“Figueres added that the deep partisan divide in the U.S. Congress is “very detrimental” to passing any sort of legislation to fight global warming. The Chinese Communist Party, on the other hand, can push key policies and reforms all on its own. The country’s national legislature largely enforces the decisions made by the party’s Central Committee and other executive offices.”

I guess the UN chief forgot that communism was responsible for 94 million deaths in China, the Soviet Union, North Korea, Afghanistan and Eastern Europe in the 20th century. China alone caused 65 million of those. But clearly that means that communism is a great political system that we should all try to emulate.

But maybe one could say that has nothing to do with their energy resources. Well in 2012 China got 9 percent of its power from renewable sources, whereas the U.S. got 11 percent.

Oh and don’t forget that the Wall Street Journal noted that China’s air quality was so bad that it had roughly 1.2 million people die prematurely in 2010 as a result of air pollution. And Chinese government figures say “lung cancer is now the leading cause of death from malignant tumors. Many of those dying are nonsmokers.”