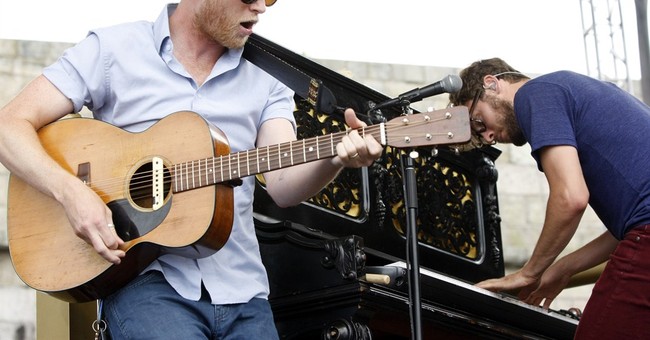 Artists, photographers, writers and other creative types who currently have access to health insurance through several different professional organizations will lose coverage under Obamacare. Well isn’t this unfortunate for the politicians who claimed this wouldn’t happen? Nancy Pelosi, back in 2010, tried to praise the Affordable Care Act by saying, “Think of an economy where people could be an artist or a photographer or a writer without worrying about keeping their day job in order to have health insurance.” Well I guess that’s going to come back to bite her. According to The Weekly Standard:

Up until now professional organizations have worked with insurance providers to craft reduced-rate plans for their members. But thanks to the fine print in the Patient Protection and Affordable Care Act (PPACA), on January 1, 2014, many of these plans will fail to pass legal muster.

The College Art Association website posted a notice this month: “The New York Life Insurance Company recently informed CAA that it will no longer offer catastrophic healthcare coverage previously available to CAA members.” Why? Because it “is no longer an option” for “associations whose members reside in different states” to provide such coverage. These members will have to seek help from their home states’ newly formed Obamacare exchanges. Plans offered to Modern Language Association (MLA) members will suffer a similar fate.

Other insurance providers are reporting cancellations. The Entertainment Industry Group Insurance Trust (TEIGIT) website posts the following notice: “All individual and/or Sole Proprietor Health Insurance will terminate January 1, 2014. This includes plans acquired as Members of our Affiliated Associations & their groups.” Those affiliated associations include the American Federation of Television and Radio Artists, the Dramatists Guild, the Graphic Arts Guild, NY Women in Film and Television, and many others.

I guess Nancy Pelosi’s dreams aren’t going to come true. The people who now work full time as artists are going to have to look for part-time work, or pay the IRS penalty. These organizations are also most likely going to suffer because many artists joined in order to get this insurance. Without insurance being offered now, many are going to leave the organizations. Another win for the ACA!