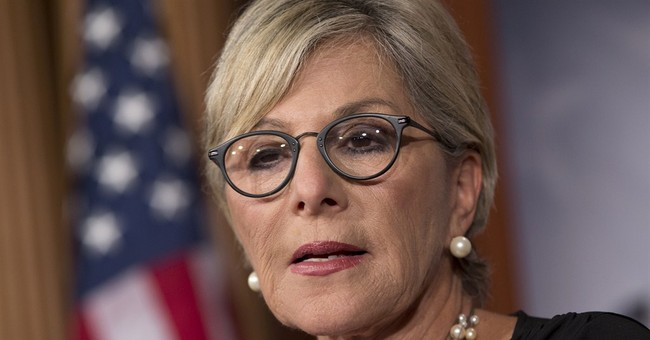 On Monday night Senator Barbara Boxer (D-CA) appeared on MSNBC’s “The Ed Show”. In her interview, Boxer spoke about raising the minimum wage. She thinks it should be raised to $10 per hour from its current level of $7.25. Her exact words were:

Well I am glad she has really come up with a concrete platform of where she stands…”I think about $10”? Really? Boxer then went on to say, “People are struggling. The difference between the very wealthy and the working poor has grown.” Why yes it has, under your favorite president, Barack Obama.

She says that this is a way to “move forward with the vision of this president…which is that everyone pays their fair share…” Well isn’t that funny. The President has all these great ideas about how he wants to help the poor and struggling, but he doesn’t actually know how to go about accomplishing these goals.

Also, mind you, that the president suggested raising the minimum wage to $9 per hour. So why is she trying to stretch it even more? Obviously she doesn’t know how these higher rates affect employers and will put them under great duress. Here’s another senator just jumping on the Obama bandwagon of raising the minimum wage. We must remember the effects of these new plans. Yes it would put more money in the pockets of employees, but if it drains employers dry, how are they going to make that money?