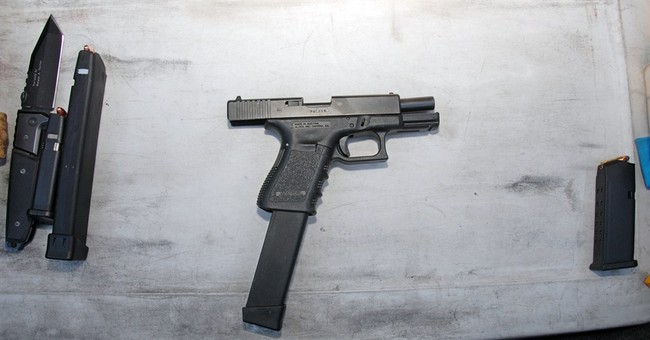 Here’s another example of concealed-carry permits being effective in everyday life. A woman in the Houston area experienced a traumatic event in which her concealed carry handgun came to the rescue.

A woman whose husband was being accosted by six men in a Houston area Denny's pulled her concealed carry handgun from her purse and opened fire on the robbers.

According to Click2Houston.com, the wife was in the restroom, and when she came out she saw her husband lying on the floor, the group of robbers nearby. Police say she then "pulled her gun and shot at them."

It appears the robbers shot back and police say there was a shootout. The robbers were apparently running as they shot.

"No bystanders or customers" in the restaurant were injured, and the robbers "fled the scene."

The brother of the robbery victim praised the woman for doing what she did and said, "Self-defense saved my brothers' life."

What more to lawmakers need to see in order to understand why concealed carry permits are so important to many Americans? Clearly both this woman’s life and her husband’s life were saved by her carrying a concealed weapon. With effective training in both the use and safety in owning a weapon, concealed carry permits can be extremely effective. This woman was able to bring down 6 robbers that could have potentially gotten away with the crime.