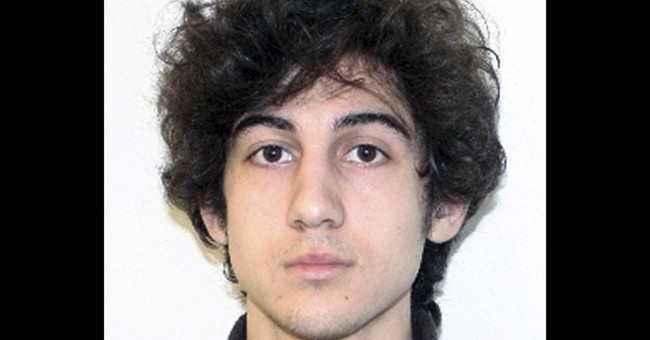 UPDATE: CVS will not be carrying the this issue of Rolling Stone. Read CVS's statement here.

How disappointing! A magazine that is known for its extensive look into the world of pop culture and all things music has taken a step in the wrong direction. The August issue of Rolling Stone features Boston bombing suspect Dzhohkar Tsarnaev on the cover. I mean, seriously?! What happened to the idea of putting rock stars and other celebrities on the front cover? With the magazine having the reputation for featuring famous musicians and pop culture icons, featuring Tsarnaev on the cover is a slap in the face to all Bostonians and all Americans for that matter. He is accused of murder; he's not a rock star!

The cover story entitled “Jahar’s World” is a profile of the accused terrorist and according to Rolling Stone, “delivers a deeply reported account of the life and times of Boston bomber Jahar Tsarnaev”. The author of the piece reportedly spent the last two months interviewing former friends, teachers, neighbors and law enforcement agents to try and get a better picture of who Tsarnaev is and what could have led to his violent behavior. It is all an effort to “deliver a riveting account of how a charming kid with a bright future became a monster”.

The story can absolutely be considered an important piece and one of high interest, but the problem here is that photo on the front cover. The story on the magazine’s website has set off quite the firestorm of comments. With over 1400 comments so far, many are extremely disappointed with Rolling Stone’s choice to run a picture of the accused Boston bomber on the cover. A magazine that is used to running overtly sexual cover photos, it is concerning to see them promote this one.

As I wrote last week, a small crowd formed outside the Boston courthouse where the accused terrorist made an appearance and were chanting for his freedom. Why are so many people trying to promote this 19 year old accused terrorist as a sex symbol? Although the article within the magazine may not be one that is supportive of the young man, the act of featuring him on the cover is concerning enough. Way to turn away a large readership!

According to CBS Boston:

A separate Facebook page was created overnight – Boycott Rolling Stone Magazine For Their Latest Cover. It had generated more than 25,000 “likes” by Wednesday morning.

Check out the picture yourself:

It appears that not even the "Free Jahar" club likes the cover. Based on a tweeting frenzy after the cover was revealed, his supporters expressed their distaste for the cover. Buzzfeed has an article showing many screenshots of tweets from the accused bomber's fan club. Granted they dislike the cover because he is labeled as "The Bomber", it's obvious that Rolling Stone took it too far here.