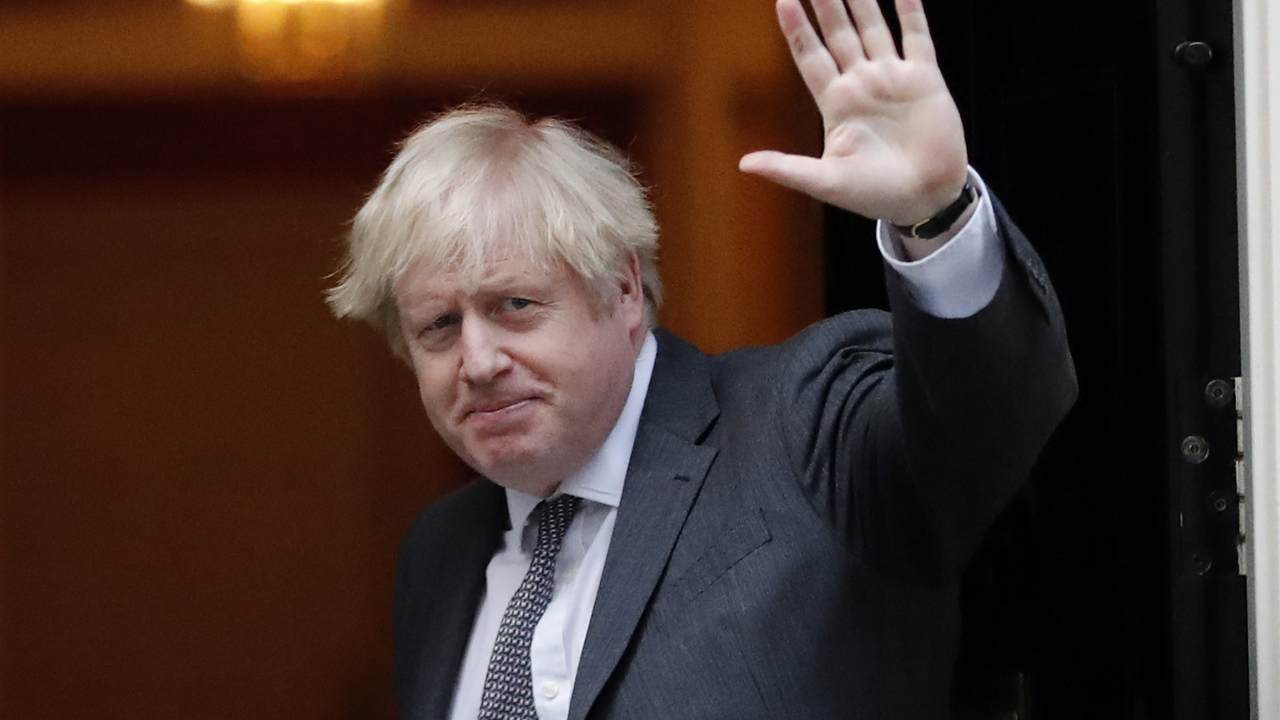 We've been examining and referencing the UK's COVID trajectory over the last few weeks because it may offer a preview of where we're headed with our own Delta variant surge. The British government faced searing criticism for lifting COVID restrictions as Delta infections were soaring, with detractors warning that cases, hospitalizations and deaths would explode into a catastrophic emergency. But that hasn't happened. The UK is several weeks "ahead" of the US in its Delta curve, which could be a useful frame of reference, considering that they were battling the exact same COVID variant.

Beyond that, the UK has administered 129 vaccine doses per 100 people, compared to 105 doses per 100 people here at home. Nearly three-quarters of British adults are fully vaccinated, while more than 70 percent of US adults have gotten at least one shot. In other words, their vaccine uptake is stronger than ours – but our populations are at least roughly comparable. The Delta spike in the UK shot up dramatically, then hit a wall and declined precipitously:

People were worried cases would spike further when the UK lifted almost all remaining restrictions in July. The opposite happened.

We must acknowledge that restrictions aren't all that effective in Western countries.

(Except Australia, who just entered their 6th lockdown) pic.twitter.com/l7tygXQqn7

NBC News looked carefully at the Brits' experience with Delta and found some hopeful signs:

It looked like a rolling disaster: England lifting almost all coronavirus restrictions just as the highly transmissible delta variant was sending infection rates skyrocketing. But British Prime Minister Boris Johnson's gamble could well pay off, at least in the short term, providing a lesson to other countries desperate for any light at the end of the pandemic tunnel. "I think the U.K. is in a very favorable position, a better position than it's ever been during the pandemic," said Francois Balloux, a professor of biosciences at University College London. "I would say the near future, and perhaps even the long-term future, looks better than it ever has before." Crucial to Britain's apparent success are vaccines...Experts were aghast when last month Johnson pressed ahead with "Freedom Day" — so named by the tabloid press — despite the United Kingdom suffering the world's highest daily infection rate at the time. English restaurants were allowed to open at full capacity, bass once again shook nightclub dance floors, and social gatherings weren't limited in size...

Even though the government's "wall of immunity" kept most vaccinated people out of hospitals and morgues, many critics worried that allowing cases to hit 200,000 a day (as one former top government scientific adviser predicted) could breed new variants and leave hundreds of thousands of people with long-Covid. Some accused Johnson's Conservative Party of paying more attention to their libertarian beliefs than science. But the government held firm. And in mid-July, just as daily cases hit 60,000, they began to decline. More encouraging was data from Scotland, where infections not only began to fall a few weeks before England's, but were followed by a decline in hospitalizations, too. This third wave for the U.K. has been nothing like its first two, which caused nearly 130,000 deaths and briefly the world's highest daily deaths per capita. Whereas January's peak saw 80,000 daily cases and 1,300 daily deaths, July's peak of 60,000 daily cases brought no more than 78 deaths in one day. Experts say this is incontrovertible proof of the vaccines' power.

Every major country is going to experience a Delta wave, but the severity of it will be determined by vaccination rates (not comparably ineffective restrictions).

Lessons shd be: 1) Get used to spikes in cases 2) Focus on proactive vaccinations instead of reactive restrictions https://t.co/WuwGyPdvfU

World-leading countries on vaccines are indeed experiencing Delta case surges. But hospitalizations and deaths are way, way down in those places, with the terrible exceptions almost exclusively afflicting unvaccinated people. Convincing unvaccinated people to get their free, effective shots will obviously take more than the same people making the same arguments. We know that cases spreading like wildfire among unvaccinated communities, with resulting pain, has been one powerful motivator. Mike Rowe has taken a different and nuanced approach to discussing the vaccines with his fans, and has taken heat for doing so (he's fought back thoughtfully and thoroughly). Finally, as I mentioned yesterday – and to Rowe's major point about open and simple data – it would also be helpful if the government were more transparent about how its decree-guiding benchmarks were determined. This sort of apparent disconnect is fueling skepticism and confusion:

I'll leave you with this item, which speaks to one element of vaccination hesitancy that is under-discussed in the media because it doesn't lend itself to easy, sneering attacks against conservatives:

“About 36 percent of Black Protestants who are vaccine-hesitant said faith-based approaches would make them more likely to get vaccinated. About 70 percent said they would turn to a religious leader for information about vaccination.” https://t.co/V1mdXWwcMb

Should the deaths highlighted in that piece also be pinned on the "DeSantis variant," partisan hacks? I'll remind you that Florida's vaccination rate is the best among red states, but the name-calling and broadsides are about elections, not public health.