Remember the Nursing Homes: What the New York AG's Cuomo Press Conference Did Not Mention 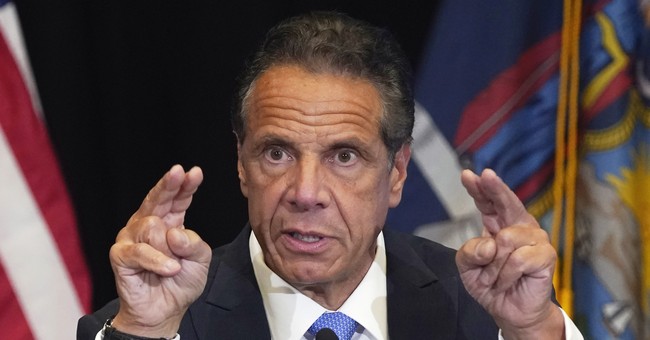 Yesterday morning, New York's Democratic Attorney General strode to the podium and drove a large nail into Gov. Andrew Cuomo's political coffin.  It's premature to say Cuomo is officially finished, but he is now mortally wounded -- even more so than was the case months ago, when a torrent of Democrats called for his resignation.  Polling has shown that New York voters are ready to move on from Cuomo, even before the investigation affirmed the allegations of multiple women in a detailed report.  Whether through a resignation, an impeachment, or an electoral defeat, the prospects for a fourth Cuomo term are dimmer than ever.  The governor engaged in inappropriate and unwanted sexual touching and/or harassment with multiple subordinates, and fostered a toxic atmosphere of fear and retaliation, according to the AG.  Based on the law, and the governor's own supposed standards, he's in serious trouble.  Note the dates:

There should be a zero tolerance policy when it comes to sexual harassment & must send a clear message that this behavior is not tolerated.

Our challenge in government is to turn society’s revulsion into reform.

There must be zero tolerance for sexual harassment in any workplace, and we can and will end the secrecy and coercive practices that have enabled harassment for far too long.

Zero tolerance, eh?  Cuomo has responded to these allegations with characteristic vindictiveness and arrogance -- his prepared response video was positively sociopathic -- and we know he received direct public relations assistance and advice from his brother, a CNN "news" anchor who stopped covering the governor ("ethics," you see) only after the subject matter turned politically unhelpful.  As serious as the details of this now-confirmed sexual scandal may be, the Attorney General did not address the following items during her Tuesday presser:

(3) The Cuomo administration covering-up the real statistics, withholding information from investigators, with a top aide admitting to it.

(4) The governor securing special COVID-related treatment for his family and connected friends.

(6) Threats against whistleblowers on these matters.

(7) Allegations of politicizing vaccine distribution, based on political considerations.

The state Attorney General said that some of these matters are being examined on a separate track, specifically the details of the lucrative book deal:

NEW: AG Letitia James says the investigation into whether or not there were public funds or resources used to help write Gov. Cuomo's book or sell it has not yet concluded and is ongoing as part of a separate investigation.

As Democrats up and down the halls of power cut Cuomo loose and throw him under the bus over the sexual harassment matters, we must not forget the lethal decision, lies and cover-ups that constitute a Cuomo scandal that is worse.  And as Democrats sprint away from Cuomo, I'll leave you with this reminder:

AFTER his nursing home manipulations came to light, Biden featured Cuomo in primetime at his nominating convention last summer, held up as a model of COVID leadership. https://t.co/mRcmptDV3D