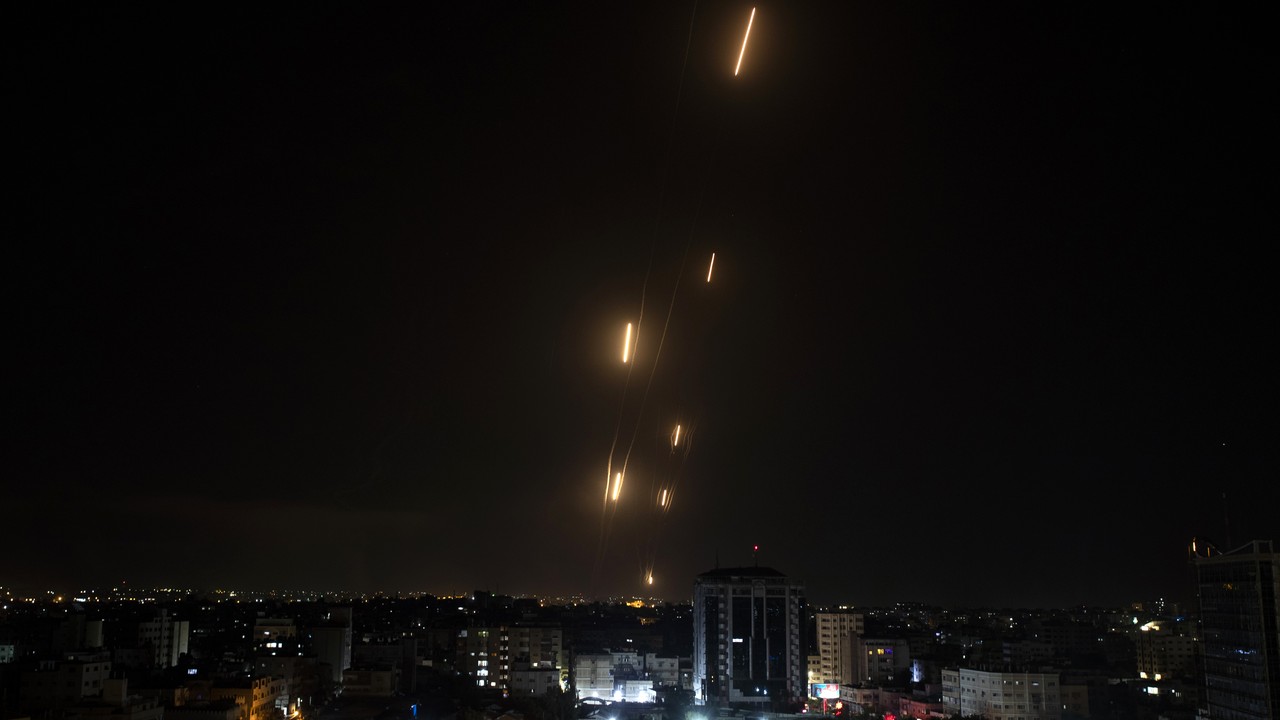 A callback to the recent Israel-Hamas conflict, in which the terrorist group that controls Gaza fired off thousands of rockets intended to kill Israelis – and Israel defended itself while undertaking painstaking efforts to avoid civilian casualties, as usual. Reflexively anti-Israel activists, many of whom double as anti-Semitic bigots, blamed Israel because that's what they always do, regardless of the facts. One of their favorite talking points is to cite the imbalance in death tolls on each side, which is an incredibly misleading moral metric. Hamas tries to kill as many innocent people as possible, with the goal of wiping out the state of Israel. But Israel is sophisticated and capable in its self-defense, and Hamas is incompetent, so the desired death toll on the Israeli side is thankfully far lower than intended by the aggressors. And part of the reason the Palestinian death toll is inflated beyond the results of Israel's targeted strikes is that Hamas inadvertently kills Gazans through their own ineptitude.

Here is an attempt to quantify that effect during the recent hostilities:

New research finds that 36% of the Palestinians killed in last month’s round of fighting with Israel were killed by rockets launched by Hamas and other Gazan terrorist groups. https://t.co/LDbvLd04tW

Much of the coverage and commentary surrounding the fighting in May between Hamas and Israel has focused on numbers, especially the much larger number of Palestinians than Israelis killed. The number of deaths is actually very low for such an intense conflict, a testament to Israel’s Iron Dome and civil defense systems, and its use of precision weapons and warnings aimed at minimizing Palestinian civilian deaths. Of course, Hamas aims to kill as many Israeli civilians as possible, but its rockets place both Israelis and Palestinians in peril, because many of those rockets—in this case 680—misfire and explode inside Gaza. The death and destruction caused is, of course, usually blamed on Israel. The question addressed here is how many Palestinians are likely to have been killed by these errant Palestinian rockets in May. The estimate arrived at is 91, amounting to 36% of the alleged Palestinian death toll.

Far more Gazans died via Hamas rockets than did Israelis in recent months. Hamas doesn't care, of course. Dead Palestinian civilians are seen as public relations weapons to be used against Israel, regardless of who's really to blame for their deaths. That's why the terrorists' use of human shields is so common. And as a former Gaza-based Associated Press journalist has exposed, Hamas intimidates the media into covering what Hamas wants covered for propaganda purposes:

When Hamas’s leaders surveyed their assets before this summer’s round of fighting, they knew that among those assets was the international press. The AP staff in Gaza City would witness a rocket launch right beside their office, endangering reporters and other civilians nearby—and the AP wouldn’t report it, not even in AP articles about Israeli claims that Hamas was launching rockets from residential areas. (This happened.) Hamas fighters would burst into the AP’s Gaza bureau and threaten the staff—and the AP wouldn’t report it. (This also happened.) Cameramen waiting outside Shifa Hospital in Gaza City would film the arrival of civilian casualties and then, at a signal from an official, turn off their cameras when wounded and dead fighters came in, helping Hamas maintain the illusion that only civilians were dying. (This too happened; the information comes from multiple sources with firsthand knowledge of these incidents.)

In reality, Hamas jihadists are being taken out by Israelis, and Palestinian civilians are being wounded or killed by Hamas rockets. Some people will automatically blame all of this on Israel, but reality tells a different story. Speaking of the Associated Press, do you recall the indignation over the building that housed their Gaza offices getting leveled by an Israeli airstrike last month (after the structure was evacuated)? It looks like the IDF had several good reasons to drop that bomb:

Hamas worked on a device to disrupt the Iron Dome missile-defense system in the same Gaza building that housed the Associated Press and was bombed by Israel during Operation Guardian of the Walls, Ambassador to the UN and US Gilad Erdan said Monday night. He relayed the information, in coordination with the IDF, to AP CEO Gary Pruitt and the news agency’s vice president for foreign news, Ian Phillips, in New York. Hamas had intelligence and technological research and development offices in the building Israel struck last month, Erdan said. Israel gave advance warning for the strike, and no one was killed. The target was of “utmost importance” because of the work on an electronic system to disrupt the Iron Dome system that saved millions of Israelis from more than 4,000 rockets launched from Gaza by terrorist groups, Erdan said. The site was used by the Hamas terrorist organization for intelligence R&D and to carry out SIGINT (signals intelligence), ELINT (electronic signals intelligence) and EW (electronic warfare) operations, targeting both IDF operational activity and civilian systems in Israel, according to the IDF. Israel is committed to freedom of the press, Erdan said, adding that it does its utmost to avoid harm to civilians, including AP journalists.

Are any of the journalists who furiously brayed about Israel's action at the time willing to concede that perhaps their reaction was at least premature? And for those demanding more evidence, is the AP willing to prove its claim that it had no idea that their news agency was operating under the same roof as Hamas – especially in light of the excerpt from The Atlantic piece quoted above? Meanwhile, I'm sure the Squad and friends will conjure some way to criticize Israel for this, but here is footage of unrest in the West Bank, directed inward:

For some, everything is always Israel's fault. And on that score, I'll leave you with this outburst of bigotry from a former member of Congress and well-known anti-Semite:

The Final Piece of the Puzzle . . . pic.twitter.com/OCmpB9d6A0

McKinney, who once assaulted a Capitol Police officer, was a member of the Congressional Black Caucus, the same group that is reportedly denying membership to a newly-elected Republican member – ostensibly over his objectionable views. Fascinating.