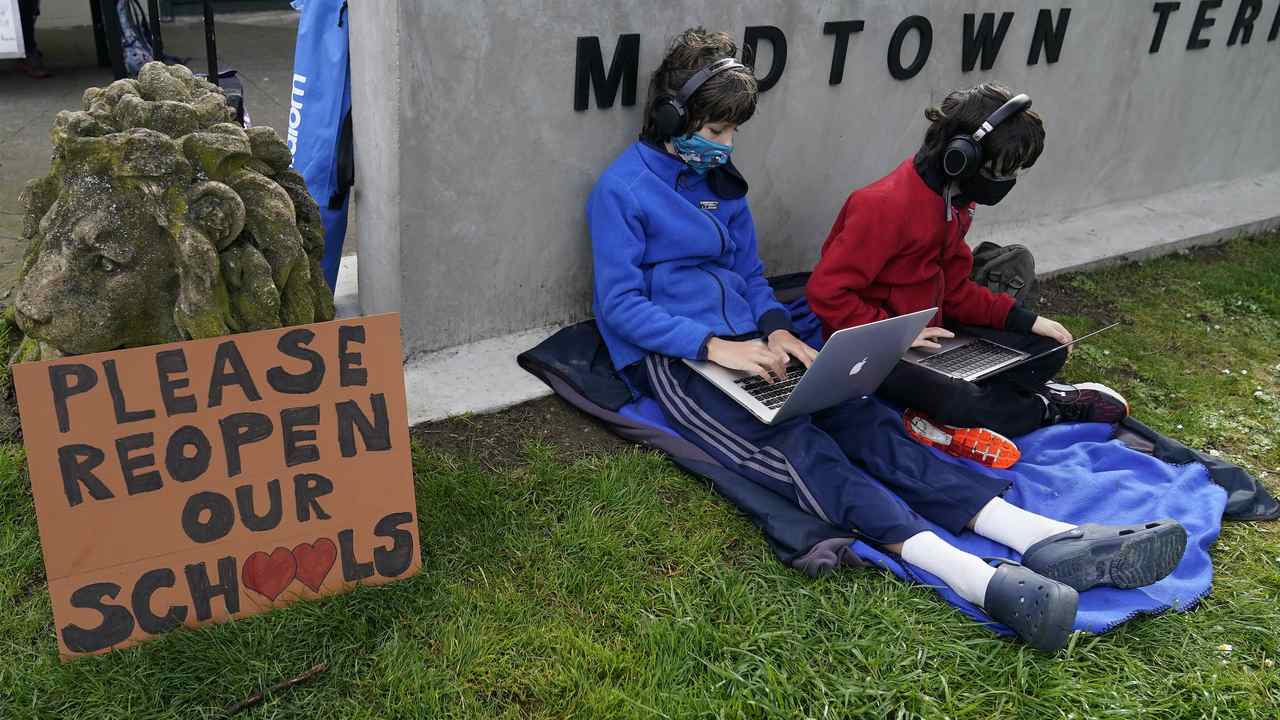 Are there limits to woke insanity, even in San Francisco? Perhaps. Recall this development, in which the San Francisco school board voted to change the "offensive" names of dozens of schools in their district. They ostensibly did so in order to erase such problematic associations as George Washington, Abraham Lincoln, and, um, Dianne Feinstein. The backlash to this idiocy has been swift and relatively pointed. Why would the supposed adults in charge be wasting their time with the utter nonsense of scraping the name of the president who freed the slaves, for instance, off of a school building that remains closed for in-person instruction? Those priorities, just like the underlying judgments, are laughably perverse. Beyond that, why would they make such decisions based not merely on their preposterous standards, but also shoddy, ahistorical misinformation? This exchange from a recent interview with the board's president was pretty amazing:

In an eye-opening interview with The New Yorker's Isaac Chotiner, SFUSD Board President Gabriela Lopez shrugged off perceptive questions about the decisions to rename Paul Revere Preparatory School, James Lick Middle School, and Lowell High School, each of which was based on faulty reasoning. For instance, the renaming committee charged Paul Revere with leading an expedition to colonize the Penobscot Native Americans in 1779; he was actually carrying out an attack on British naval forces during the War of Independence... Chotiner pointed out that the renaming committee was simply misinformed about the existence of ties [to "white supremacy, racism, colonization, ties to slavery, [and] the killing of indigenous people," as she described it]. Lopez did not appreciate his efforts to "discredit" the school board's noble work: "So then you go into discrediting the work that they're doing, and the process that they put together in order to create this list. So when we begin to have these conversations, and we're pointing to that, and we're given the reasoning and they're sharing why they made this choice and why they're putting it out there, I don't want to get into a process where we then discredit the work that this group has done." [She added], "The real issue is how we are challenged when we talk about racism," she said.

Beyond the stupidity of canceling towering figures like Washington and Lincoln-based on modern, hyper-woke standards (and giving Feinstein the heave-ho over a fleeting, inconsequential "transgression" in the early 1980s), they weren't even relying on accurate facts about some of these figures' historical "crimes." And simply noting these embarrassing inaccuracies was "discrediting" important work on challenging racism, or whatever. All of this was evidently just too much, even for some of the left-wing denizens of San Francisco:

Facing intense pressure on multiple fronts including school reopenings and a recent decision to halt merit-based admissions at Lowell High School, San Francisco’s school board president has signaled that its members are pausing controversial efforts to rename 44 district schools. In an opinion piece published Sunday on SFChronicle.com and in Monday’s print editions of The Chronicle, Gabriela López acknowledged mistakes in the process that have resulted in a potential lawsuit and recall efforts targeting several board members, including López...López said working to reopen schools will be the board’s “only focus,” and renaming committee meetings will be canceled in the meantime. She said the board plans to make the process more “deliberative” by getting local historians involved.

Imagine being the president of a school board in a district with shuttered schools and needing to be shamed into prioritizing getting children back into classrooms over radical ideological side projects. A "pause" to this lunacy is fine, but it's not good enough. The idea must be defeated. And concerned citizens shouldn't let this temporary concession distract from the other active harm this board is attempting to inflict, including ruining one of the highest performing public schools in the country. What we've learned, at least, is that public pressure can work:

The threat of a recall concentrates the mind wonderfully.https://t.co/AljbdvZ2da https://t.co/4dM98rbtmv

Indeed. And their imbecilic rap sheet is hardly limited to this stupid sideshow.