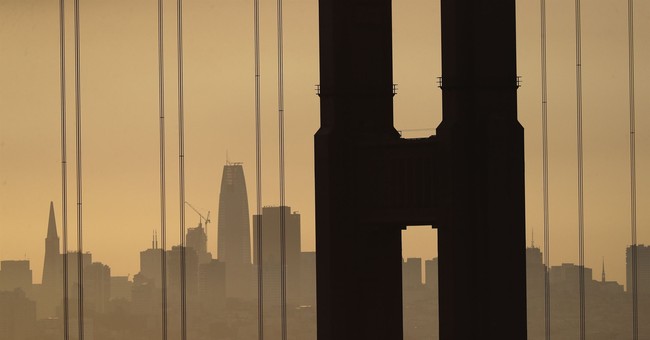 Last time we checked in on the San Francisco school board, they were busying themselves with rebranding buildings named after such "problematic" figures as George Washington, Abraham Lincoln, Paul Revere, and even Dianne Feinstein. None of the schools in question are open for learning, of course, but educating children in any sort of healthy or fruitful way is largely beside the point these days. The destructive "adults" in charge have now set their sights on dismantling one of the most prestigious and revered high schools under their jurisdiction. Their justification for seeking to take a wrecking ball to a bastion of established success? Diversity concerns, naturally. The San Francisco Chronicle reports:

For decades, San Francisco’s academically competitive Lowell High School has been a point of pride for the city, consistently one of the top performing public schools in the country, luring straight-A students and churning out prominent figures in politics, entertainment, literature and science. But now, the so-called academic gem has come under fire by some who have condemned the school’s lack of diversity and raised concerns over racist incidents, leading to the school board’s abrupt proposal this week to eliminate the selective admissions process in favor of a random lottery like the district’s other high schools. The plan quickly divided the city, pitting the value of a prestigious public school against the role and responsibility of a public education system meant to serve students equally.

Critics argue that not only is Lowell exclusionary, but it lacks diversity — it’s majority Asian — and has more college-prep coursework and more resources than other district high schools. While the measure is almost certain to pass given a majority of school board members have already signed on to support it, the debate will likely linger as part of a broader racial reckoning across the country...Several other communities, including New York City, have also looked at eliminating selective schools. In October, a public school in Northern Virginia ended the practice of requiring students to take a test and pay $100 to apply, but admission to Thomas Jefferson High School, which is also predominantly Asian and white, will remain competitive, based on grades as well as an essay and other measures.

It sounds like this is already a fait accompli. Sorry, bright and talented kids for whom admission to Lowell could be a once-in-a-lifetime ticket to a better future. Sorry, parents dreaming of that better future for their kids. There are "equity" concerns at play, and the powers that be prize "anti-racism" over any silly, picayune concerns or priorities you may have for your families. Here is how Lowell's website describes the school:

Founded in 1856 in San Francisco, Lowell High School is the oldest public high school west of the Mississippi. It is ranked as one of the highest performing public high schools in California, and has been recognized 4 times as a National Blue Ribbon School, 8 times as a California Distinguished School, and one time as a Gold Ribbon School. Lowell has been consistently ranked #1 in the Western Region for the number of Advanced Placement Exams given. Admission to Lowell is competitive and merit-based, serving students from throughout the city who demonstrate academic excellence and are motivated to pursue a rigorous college preparatory program.

Not for much longer, alas. This model of success is going to be broken up, in the name of "fairness." Based on the complaints of endlessly-aggrieved "critics," and alleged racist incidents that have not been established as pervasive or severe, compared to other schools. It's just too "unfair," you see, to have gifted students earn their way into high-performing institutions. "Justice" requires dragging everyone down to the same low standard. Leftism at work. And thus, it's now time to put a stop to decades of established success, as supposedly higher ideals supplant results:

Black liberation, white supremacy, antiracist outcomes, equity consciousness development. Woke Bingo scorecards are getting cluttered. I can think of at least San Francisco high school teacher who fits right in with this insane mentality. This person is molding young minds:

A public high school teacher in San Francisco named Ingrid Seyer-Ochi, who wrote an op-ed for the San Francisco Chronicle that appeared on Sunday and quickly went viral. Seyer-Ochi’s objection was to the “privilege, white privilege, male privilege and class privilege” symbolized by Sanders’s choice of a relatively casual Burton snowboarding jacket and repurposed wool mittens. Seyer-Ochi addressed the topic with her students, who she said were also upset by what they saw as the implicit message being delivered by Sanders’s choice of outerwear. “What did they see? They saw a white man in a puffy jacket and huge mittens, distant not only in his social distancing, but in his demeanor and attire,” Seyer-Ochi wrote, adding, “What did I see? What did I think my students should see? A wealthy, incredibly well-educated and -privileged white man, showing up for perhaps the most important ritual of the decade, in a puffy jacket and huge mittens. “I don’t know many poor, or working class, or female, or struggling-to-be-taken-seriously folk who would show up at the inauguration of our 46th president dressed like Bernie."

This disturbed individual generously allows that "Sen. Sanders is no white supremacist insurrectionist." However, he still "manifests privilege, white privilege, male privilege and class privilege, in ways that my students could see and feel." She is projecting her lunacy onto her students, who likely understood that it is her expectation that they should be "upset" by such things as the offensive privilege inherent in...Bernie Sanders' winter jacket and mittens, or something. How many parents would honestly feel comfortable about their child "learning" from this sort of "teacher"? And how many would prefer their kid apply for a slot at Lowell (pre-ruining), given its track record? Former New York Times editor Bari Weiss, who resigned from the paper in a blaze of glory, citing an unhinged culture, is urging the vast majority of Americans who reject wokeism to proactively combat it before it's too late. She argues that silence is the enemy:

When making mistakes and taking risks are transformed into capital offenses, when things that were common sense until two seconds ago become unsayable, people make the understandable decision to simply shut up. Do not nod along when you hear the following: That Abraham Lincoln’s name on a public school or his likeness on a statue is white supremacy. (It is not; he is a hero.) That separating people into racial affinity groups is progressive. (It is a form of segregation.) That looting has no victims (untrue) and that small-business owners can cope anyway because they have insurance (nonsense). That any disparity of outcome is evidence of systemic oppression (false). That America is evil. (It is the last hope on Earth.) This list could go on for a thousand pages. These may have become conventional wisdom in certain circles, but they are lies. Yet too many good people are sacrificing the common good, and therefore their long-term security, for the sake of short-term comfort. It’s time to stand up and fight back.

As for fighting back, I'll leave you with her New York Post column listing some of the steps she recommends:

Thank you to @SohrabAhmari for the invitation. A total pleasure to work @NYPostOpinion. https://t.co/rpHrfp90ZG

Oh, and because the San Francisco school board seems to be interested in anything but the well being and genuine education of kids, they're redoubling their efforts to eliminate acronyms. Because, they insist, acronyms are tools of white supremacy. Yes, really. It has never been clearer that school choice is a moral imperative.