Does the Bipartisan COVID Relief Bill Have a Chance? 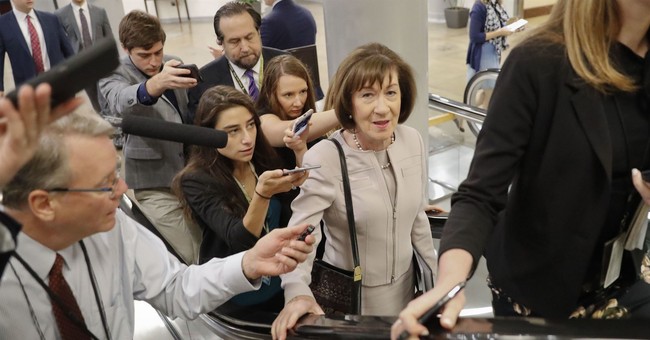 Yesterday, a bipartisan group of senators introduced legislation that splits the difference between the Senate bills filibustered by Democrats and the Pelosi-led demands of House Democrats (the "HEROES" Act was never remotely serious). The package is the result of private cross-aisle talks over recent weeks, intensifying over the last few days. These were some preliminary broad strokes, as reported by the Washington Post:

Bipartisan Senate group to unveil $908B stimulus compromise. Details fluid but likely to include:

The legislation would provide $908 billion in aid and also shield businesses from coronavirus lawsuits for a few months to allow states to develop their own liability reforms. The proposal includes $160 billion in state and local aid, $180 billion in additional unemployment insurance and $288 billion for small businesses. It also has $82 billion for schools as well as $45 billion for transportation, according to a draft reviewed by POLITICO. It also includes money for health care.

The proposal was placed on the table by nine senators, representing both parties:

It's unclear how McConnell will react to the legislation, but he's been vocally supportive of passing a targeted relief bill for months, addressing the issue in floor speeches Monday and Tuesday:

The Kentuckian referenced Pelosi's partial climb-down from her "my way or nothing" approach, which has reportedly irked members of her caucus still stinging from a far worse than expected election night for House Democrats: "Pelosi seems to have overplayed her hand as she held out for $2 trillion-plus right up until the election. The results of the election, which saw Democrats lose seats in the House, appear to have significantly undercut her position," the Associated Press reported this week. She thought she could stonewall any serious compromise leading up to the election, blame Republicans, win an expanded majority, then pass a monstrosity laden with tons of leftist goodies in the new Congress. Oops. If GOP leadership signs off on a bipartisan plan that passes easily, the House would be hard-pressed to block it -- especially if both President Trump and President-Elect Biden are pushing for the bill (Biden may give Pelosi cover to slow-walk it, wanting to be the president who signs a package into law).

But again, there's no guarantee that Senate Republican leaders will endorse the plan. At first blush, it seems reasonable and worthy of serious consideration. It exceeds the price tag of previous upper chamber GOP offerings by nearly double but slices Pelosi's red line of $2 trillion-plus by more than 50 percent. One of McConnell's red lines has been liability relief, which the bipartisan compromise accommodates, at least temporarily. The unemployment insurance extension is a compromise that aligns with GOP levels and rebuffs Democratic demands, and the PPP re-up is a no-brainer. No one will object to the health-related components, including vaccine facilitation funding. The bill falls quite short of what Democrats wanted for state and local governments, but conservatives will need to be assured that the hundreds of billions that are allotted will be applied to pertinent priorities, not to paper over fiscal recklessness that long predates the pandemic and directly associated crises.

One contingent that will very likely be infuriated by the bill is The Squad, the most prominent member of which has been taking shots at one of the new bill's authors lately. She posted a photo of herself staring daggers at Joe Manchin, and I'll leave you with the West Virginian's savage response:

"I guess she put the dagger stare on me," Manchin said about @AOC. "I don’t know the young lady — I really don’t. I never met her. I’m understanding she’s not that active with her bills or in committee. She’s more active on Twitter than anything else."https://t.co/6htgbln5XF

Ukrainian President on Biden: I'm the President Based Here, and I Actually Know What's Going on Here
Townhall
Adam Carolla may have gotten to the heart of what really bothers the MSM so much about Joe Rogan [video]
Twitchy
There's a Glaring Problem With a Pic Biden Released of His Call With Zelensky
Redstate
CNN Tries to Memory-Hole Ukraine President Telling Biden to 'Calm Down'
PJ Media