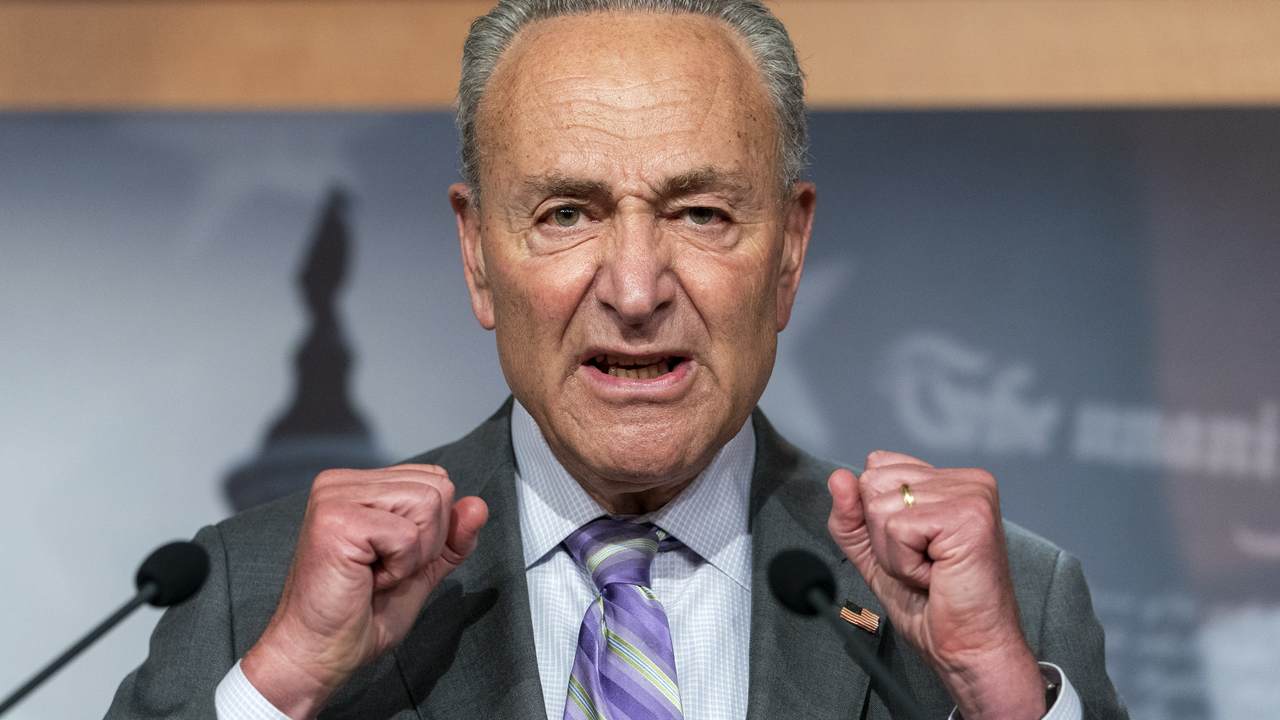 Just weeks ago, they were measuring the drapes for their newfound majority, with more than a few spouting off about radical institution-crushing schemes like packing the Supreme Court. Their former leader, Harry Reid (perhaps the man most responsible for the deterioration of the Senate, not to mention the Trump-McConnell judicial confirmation pipeline, which continues apace), was dispensing advice:

Former Senate leader Harry Reid says if Democrats win the presidency and the Senate, Joe Biden should take “no more than three weeks” to test bipartisanship before ending the filibuster so Democrats can overcome what they call Republican obstruction and pass bills. The retired Nevada Democrat told The Associated Press in an interview that he understands Biden wants to work with Republicans, as the former vice president and Delaware senator has in the past. But Reid said there is just too much that needs to be done in the country for to wait around trying to reach agreements under the decades old-Senate practice of requiring 60 votes to advance legislation.

He was also making bold predictions, which many Democrats seem to have taken to heart:

That's an impressive list of wrongness, and Senate Democrats aren't happy about it, reportedly "venting" to and about Chuck Schumer, Reid's successor:

Senate Minority Leader Charles Schumer (D-N.Y.) is in listening mode as colleagues are venting their disappointment over falling short once again of winning back the Senate majority. Schumer has presided over two conference calls in which his fellow Democratic senators analyzed the disappointing results of races in Iowa, Maine, Montana and North Carolina, where they thought they had a chance to knock off GOP incumbents. So many Democratic senators wanted to speak out during last week’s call that Schumer scheduled a rare Sunday conference call to give them a second chance to unburden themselves...One Democratic senator who requested anonymity to talk about internal discussions said there are “huge amounts” of frustration...A second Democratic senator who requested anonymity said colleagues were not in a good mood on Sunday’s call. “It’s definitely not a tone in which people are thrilled,” said the lawmaker...They picked up just one seat, despite predictions from The Cook Political Report and FiveThirtyEight.com that they’d win the majority.

As we explained earlier, Republicans are by no means guaranteed to hang on to the majority after the Georgia runoffs -- but this group therapy session doesn't exactly make it sound like Senate Democrats are terribly optimistic. The GOP may have its challenges and is at risk of losing the Senate, but it's not like the Democrats are one big happy family right now either. There's a lot of anger inside both parties right now -- the question may be who is better at channeling it. I'll leave you with the latest example of a Senate Democrat angrily complaining that the chamber is doing nothing on COVID relief, having personally filibustered multiple rounds of COVID relief legislation over recent months:

You have blocked COVID relief 7 times. This is such bad faith. pic.twitter.com/gIDIbtyoDQ