Cuomo: Our New Problem Is Too Much Testing Capacity 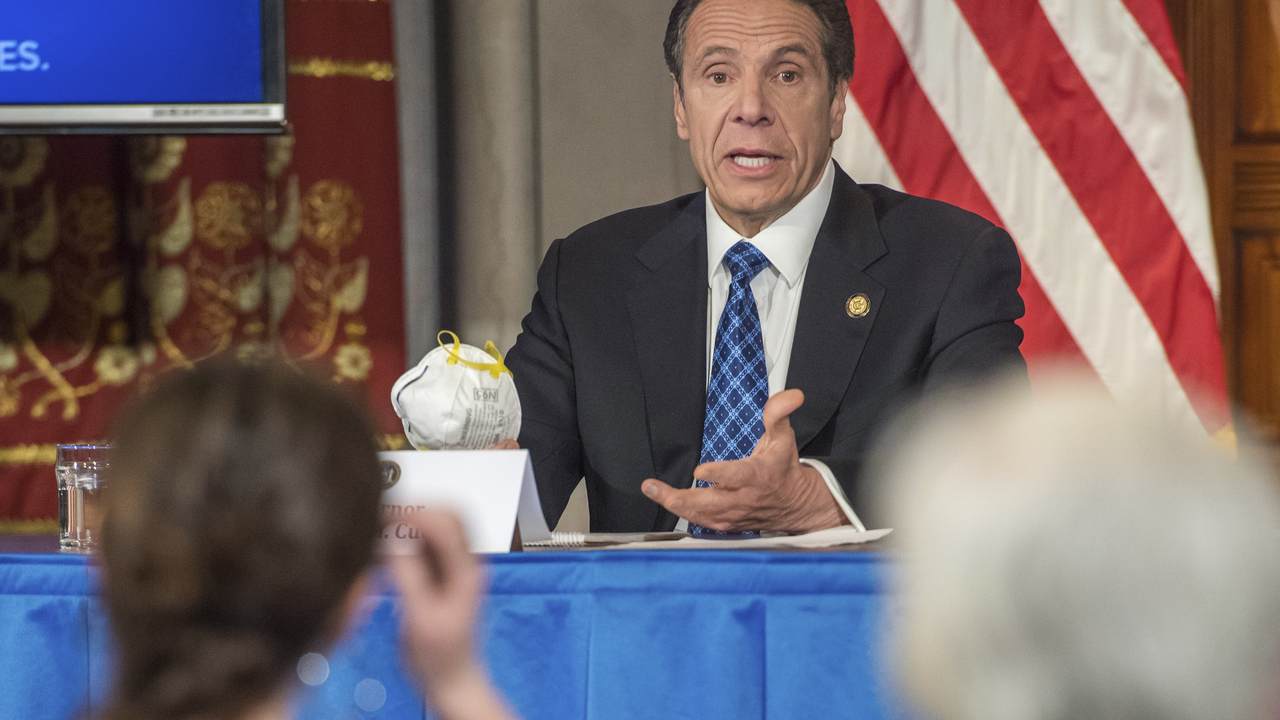 This isn't a knock on Cuomo, or a vindication of the federal government's COVID response on testing, which was far too slow to ramp up -- in large measure because of a disastrous early screw-up at the CDC. It simply seems as though, at long last, testing capacity is finally getting to where it needs to be. Given the delays and dysfunction, I'm not sure the White House should be taking a victory lap on this front (their gripe about the media's coverage on ventilators is more legitimate), but this is certainly a welcome change of pace:

“Now we have more testing capacity and more sites than we are actually using...who can get a test today? Any individual who thinks they have a COVID symptom.” pic.twitter.com/XTTODRElgr

Similarly, a Washington Post headline reads: "As coronavirus testing expands, a new problem arises: Not enough people to test." The Trump campaign is arguing that Joe Biden needs to update his talking points and attack lines. And speaking of hugely improved testing capacity and processing, the good news doesn't end there:

Encouraging News: Nationwide covid19 testing continues to expand and the positivity rate continues to fall. We need to focus on expanding the front end of testing, creating more community and employment based testing sites and capacities so we can broaden/increase screening. pic.twitter.com/SgJz7pzo3V

Based on the results, Korean CDC is lifting requirements to have a negative test result to return to work or school after COVID19 infection. Under the new protocols, no additional tests are required for cases that have been discharged from isolation. https://t.co/Ewjk9tAOCN

You know what looks good? Forty-eight of fifty states have a coronavirus Rt value below 1, Minnesota at 1 exactly, and Maine at 1.01. Rt is how many people the average infected person will spread it to - and the lower, the better.https://t.co/WxJNtf4AL0 pic.twitter.com/YxizHsbKbw

Lower positivity rates and spread rates (we must remain vigilant on these metrics as states reopen, while avoiding context-free, misleading narratives), and a study indicating that supposed "reinfections" do not mean that recovered COVID patients' contagiousness has been reactivated. These hopeful data points arrive amid serious optimism about a vaccine, which we covered yesterday. Less encouraging is the situation surrounding mortality rates in nursing homes, which has become a particular focal point in New York. The state imposed lethally flawed policies on this front and appears to have quietly moved to manipulate statistics in order to cover-up the extent of their mistake. Cuomo's answers on this subject have been extremely poor:

“Older people, vulnerable people are going to die from this virus. That is going to happen despite whatever you do”pic.twitter.com/h3mGsWB1rd

Cuomo actually got away with this answer. Then again, it was MSNBC. pic.twitter.com/yGXYkudbHa

He seems to be hoping that by saying he's being accused of doing too much now, his previous, catastrophic policies will sort of melt away. "We did everything we could" to protect vulnerable seniors, he asserts, but this is insultingly false. Something they could have done is correctly identified nursing homes as likely hotspots, not allowed COVID-positive employees to come into work, and not allowed COVID-positive residents to enter the facility until they were recovered. They did the opposite, only very belatedly reversing course, and evidently attempting to partially cover their tracks.

I don't believe that any political leader should be relentlessly and gracelessly Monday morning quarterbacked on their handling this pandemic. The challenges they've faced have been hard and complex. But egregious errors of judgment and tragically harmful actions cannot be allowed to float by without accountability, especially if -- as is the case here -- the culprit is aggressively airbrushing reality in a self-serving manner.