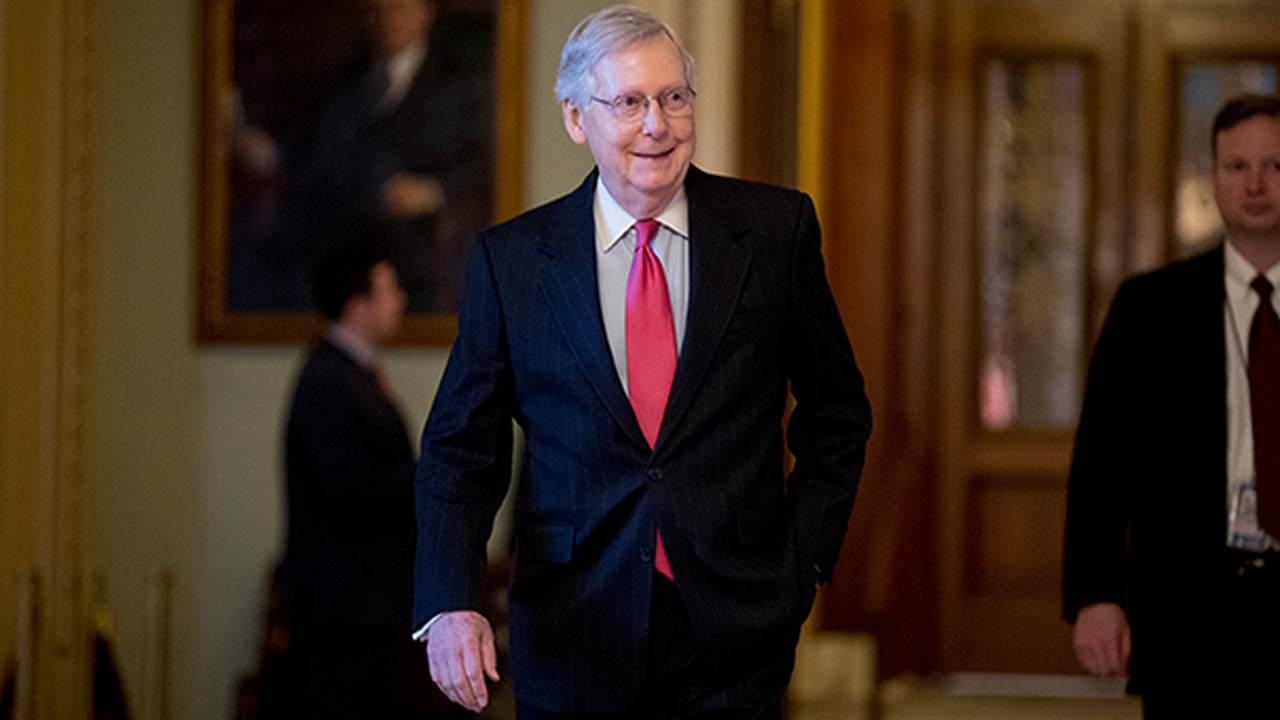 As the impeachment drama sucks up all the energy in the House of Representatives and consumes the attention of the political press, Senate Republicans are taking advantage of the legislative process grinding to a halt -- despite Nancy Pelosi's vow that impeachment would not halt progress on other important issues. Majority Leader Mitch McConnell and the upper chamber's judiciary committee have teed up a nonstop merry-go-round of judicial confirmations, which is spinning ever closer to achieving 'Cocaine Mitch's' stated goal of filling every single vacancy on the federal bench by the end of President Trump's term. They've been grinding away, making steady, consequential, lasting progress:

When Trump took office, only four of the 13 appeals courts had a majority of GOP-appointed judges. Now seven of them do. Read more about what it all means here: https://t.co/O4oQgt7w3X

Even as the House Intelligence Committee on Wednesday heard crucial testimony from pivotal witness Gordon Sondland, the Senate voted to confirm Trump’s latest appointee to the Atlanta-based 11th U.S. Circuit Court of Appeals, a regional appeals court handling cases from Georgia, Alabama and Florida. The action represented a new milestone in Trump’s dramatic reshaping of the federal judiciary, with Republican-appointed judges now in the majority in the 11th Circuit, whose majority before Trump took office in January 2017 had been Democratic appointees. Republican-appointed justices tend to be conservative, while Democratic-named judges tend to be liberal. This marks the third time that Trump has been able to engineer the ideological “flip” of one of the nation’s 13 federal appeals courts, which exert considerable power one level below the U.S. Supreme Court. The other two to “flip” were the Manhattan-based 2nd Circuit and the Philadelphia-based 3th Circuit, both of which also had Democratic-appointed majorities when Trump became president.

This is outstanding news and a major promise kept to conservative voters -- beyond many of their wildest dreams, I'd wager. One small word of caution. In spite of all the talk of "flipping" courts, the real-world implications aren't quite as simple as that formulation may suggest:

As a bottom line, judges are not partisan automatons who reflexively base their votes on who appointed them to the bench. Lifetime tenure has a unique way of letting judges be who they are, free from political pressure. Good or bad, Judges Luck & Lagoa may surprise us all.

Nevertheless, the ideological shift that's underway is very real, and extremely important -- via a co-author of "Justice on Trial:"

This success—along with the record number of federal appellate judges President Trump has appointed to date—is a testament to the tangible impact the president has had in reshaping the federal judiciary with constitutionalist judges who are committed to the rule of law. 2/4

And McConnell isn't finished yet.  With the media in a lather over Ukraine, he's quietly going about his business:

.@senatemajldr is filing cloture on eight district judge nominees right now. For those of you looking for some counter programming to the House side today, this may interest you. pic.twitter.com/xuXruy8pDb

Senate hopeful Amy McGrath, a Democrat, wants to take on Mitch McConnell by making the case to Kentucky voters that the majority leader is preventing many of Trump’s central 2016 campaign promises from becoming reality https://t.co/hQ0B3mT7aG

Ah yes, so vote for her so she can help Trump by joining the caucus of...Chuck Schumer. Sure, Jan.